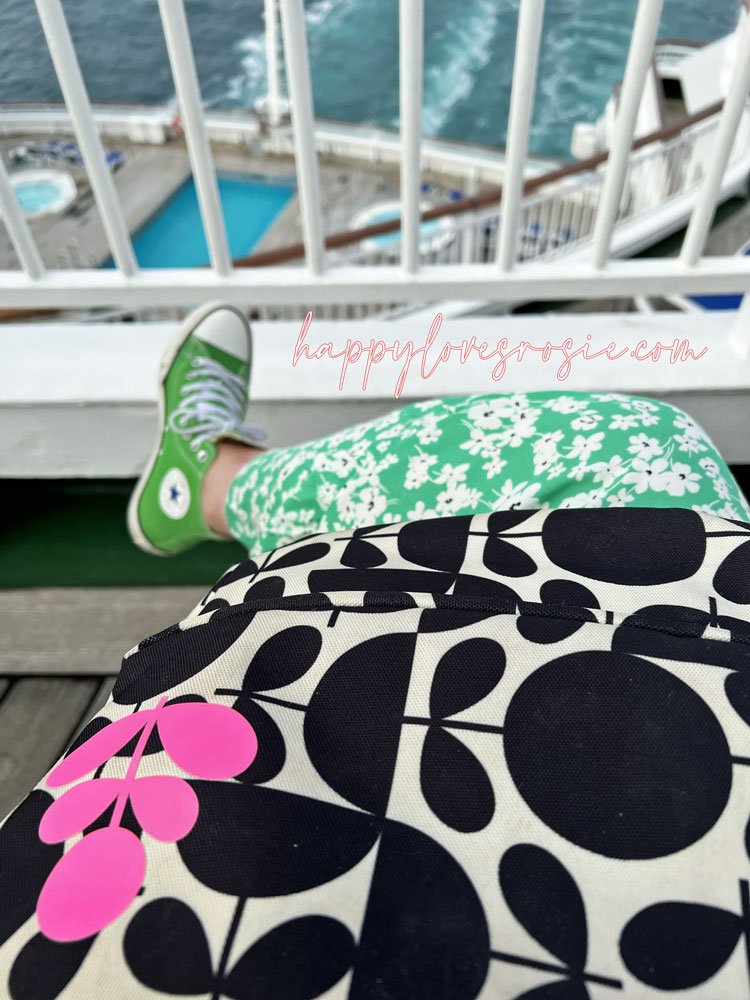 A Happy Holiday Cruise to Amsterdam…

After what happened last year with Freddy’s health and also finding out that a few of our friends had passed away unexpectedly we decided that you have got to live for today rather than wait until tomorrow…so we decided to bite the bullet and go on holiday.  A few years ago we ventured to Center Parks for a week and that was very Disabled/wheelchair friendly, Freddy was able to get into the swimming pool with the help of a pool guy and waterproof wheelchair.  So we wanted something like that but abroad!  Sounds so easy doesn’t it! but when you are travelling with a Disability and you need a wheelchair, you don’t really have a lot of options unless you want to spend a hell of a lot of money!  And that we haven’t got!…we needed something on a budget.  So we started looking in brochures but we just went round and round in circles. 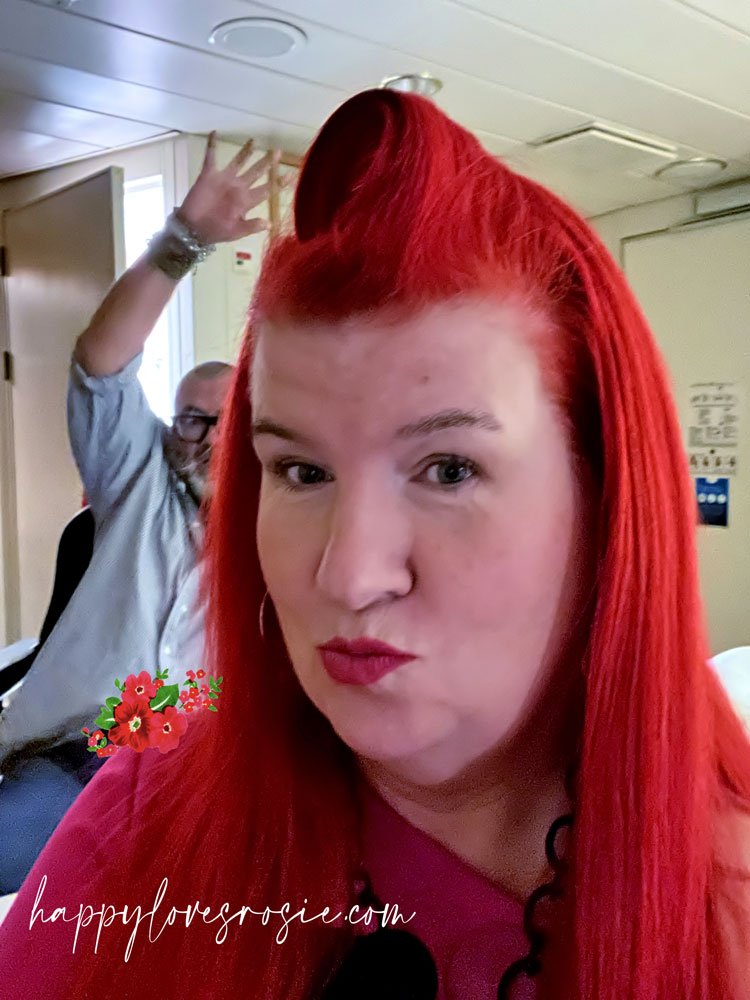 Eventually we ended up in Cruise territory!  We have been on them before, when the kids were little and Freddy was walking, but could it be the answer for us now?  We joined the P & O FaceBook group and Fred asked lots of questions and we thought rather than waste a lot more time, to just bite the bullett and book a mini cruise, like a little taster menu to see if it would be okay for us…we booked online through Iglu Cruises and was able to get the last inside Disabled Accessible cabin on The Aurora, Destined for Amsterdam, What a RESULT! 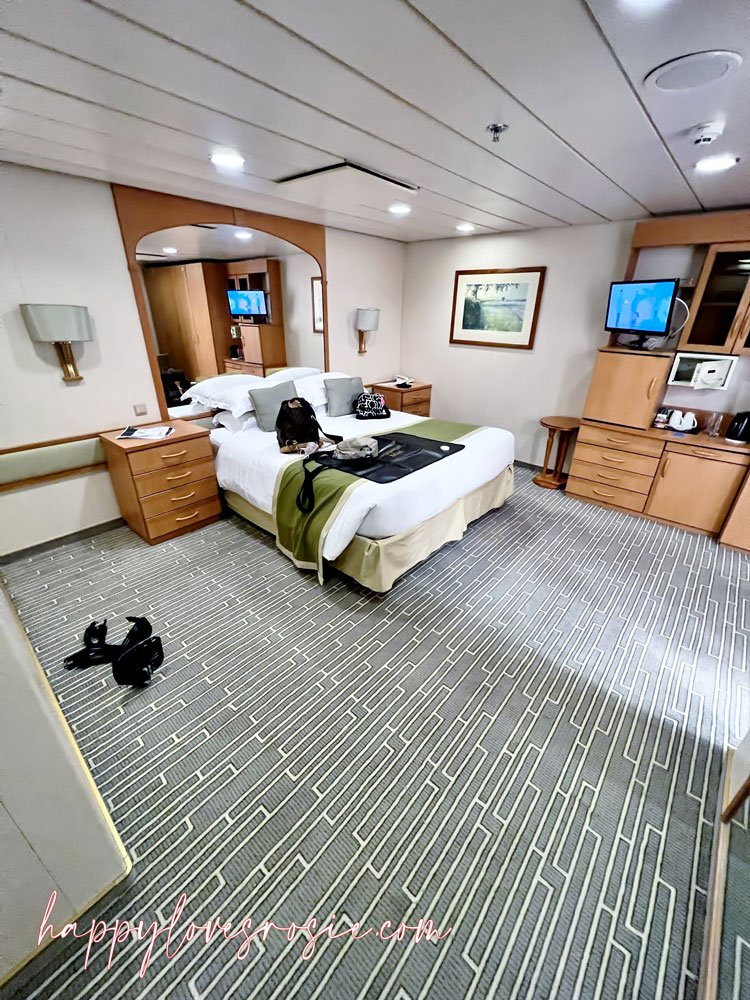 Check it out above! We couldn’t believe how roomy it was..apart from the open shut kamikarzee remote control door from hell! that either locked you inside the cabin or outside without you’re consent lol! It was fanbloomingtastic!

After a lot of Homework…

We found out that P & O was the best company to go with if you were disabled and because we love Amsterdam anyway, we thought we might as well give it a try and what a joy it was preparing for a holiday again, it’s part of the fun isn’t it and of course to try and do it all on a budget, well that was right up my street! I love finding bargains (don’t we all!)…I love the buying but not so much the ironing and the packing! And boy did I take too much! Yes of course I did even though it was only for 4 nights!…Also this trip worked out a little cheaper than a 4 night holiday to Center Parks! But this Cruise was full Board! (Alcoholic drinks not included Hic!) 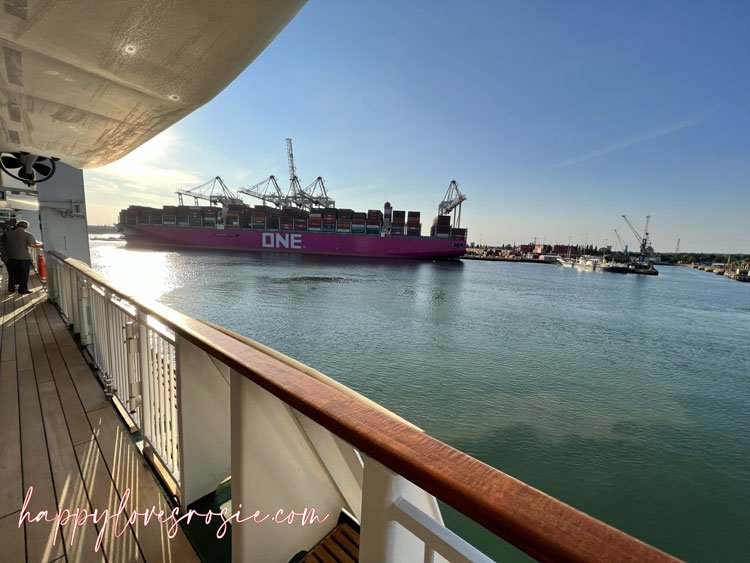 [Above]
This was us leaving the port of Southampton destined for Amsterdam, sitting out on the deck watching the sites go by was lovely…I love that about cruising, you can just be doing your own thing, getting on with different activities on the ship and next minute you have arrived at another destination…it just seems the perfect way to travel for me! 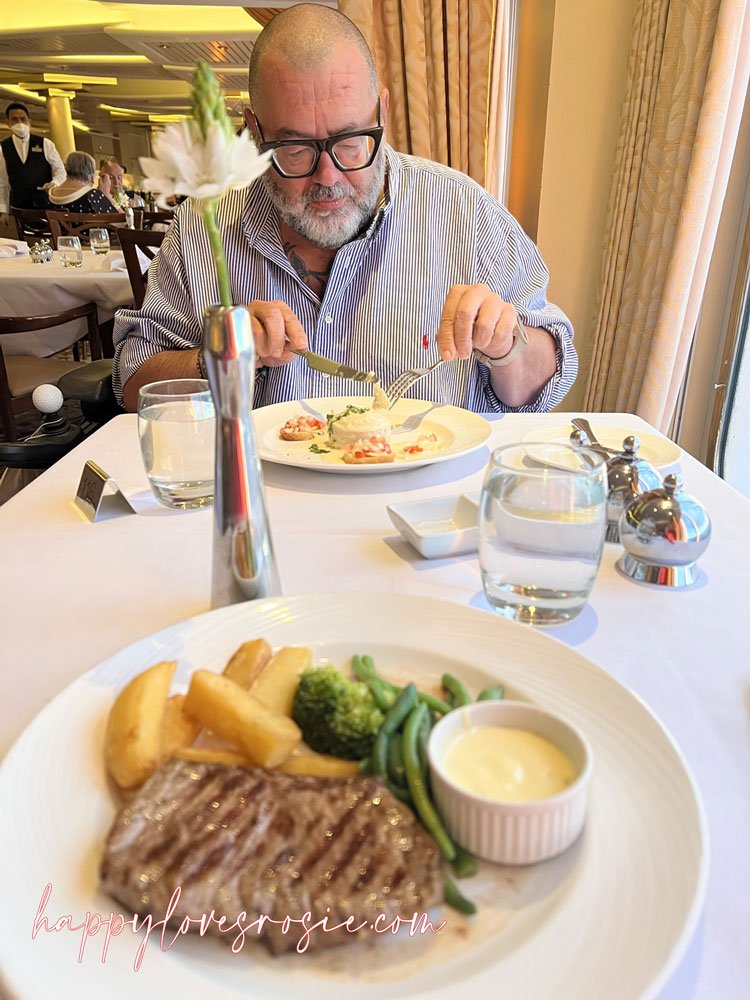 The wonderful food on board really makes it special too, no self catering here!  Thing is you can so get used to all this and we found out that some people live on board and just float around to different destinations all year…How lovely!  That’s the life isn’t it! 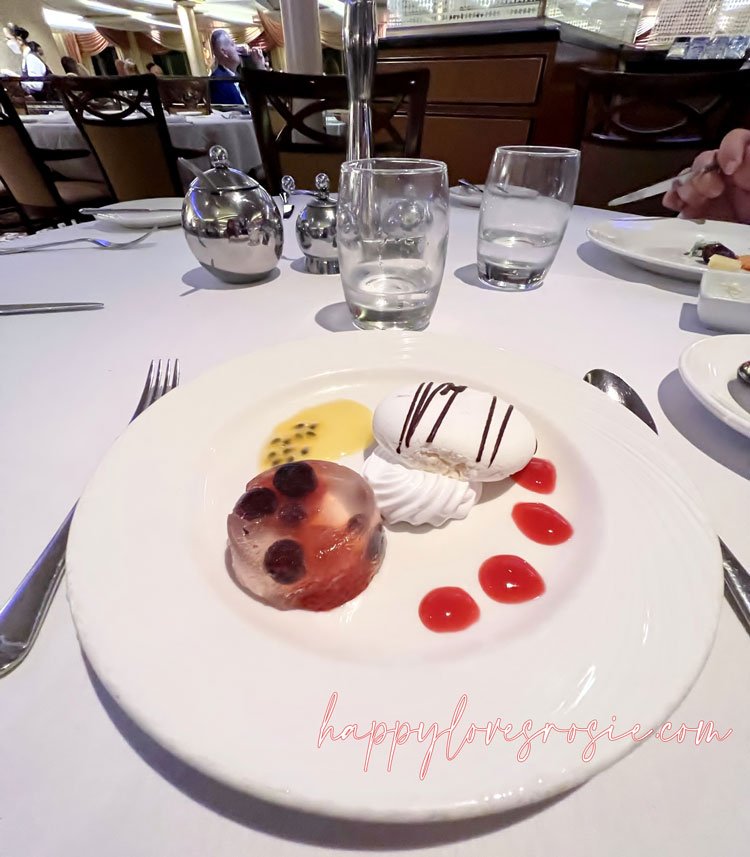 Kitted out for Disabled People

The ship was really kitted out for Disabled (Super Humans) People and the staff made it their priority to ask if you needed any help when you might have needed it, at the self service dining area etc!  Freddy was able to get into the pool via a chair hoist (pictured below)…It was quite a spectacle for everyone actually and that’s how we made so many friends, because people would approach us and say ‘I saw you using the hoist to get into the pool! How was it?’  There was quite a few wheelchair users on the ship and the people we met all told him how brave he was to use it! and that they felt to embarrassed to use it themselves! Which is a shame because they would of all had a great time together in there! 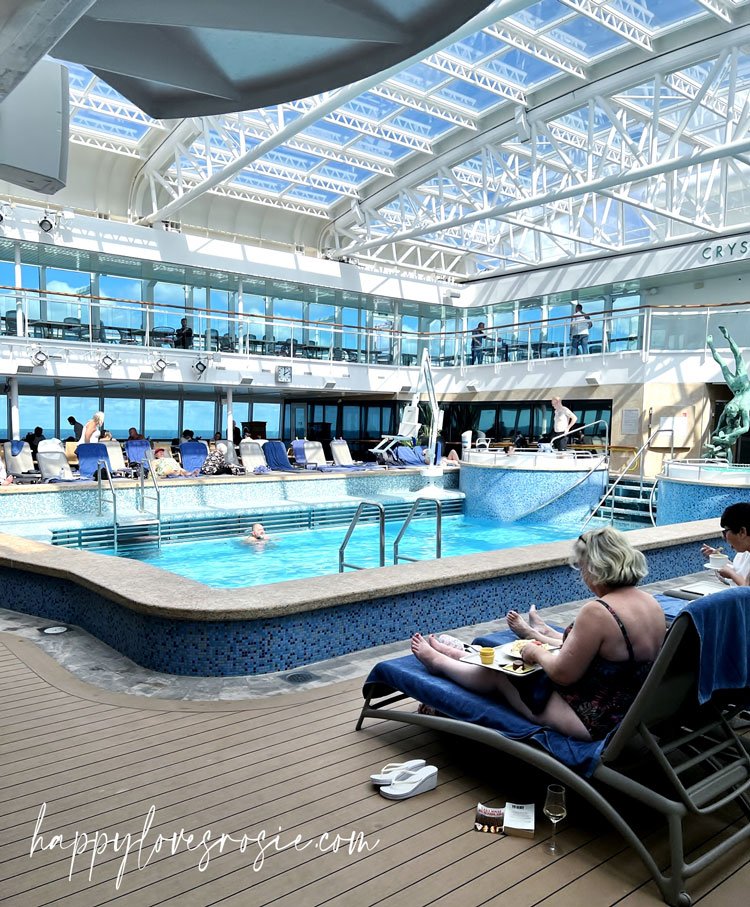 We didn’t end up going on our happy cruise to Amsterdam in the end because there was Port Works apparently, so to waste a bit of time we had another ‘At Sea’ day which was quite funny because apparently we sailed around The Isle of Wight twice! but on a plus side we all got £50 each ‘on board spend’ to soften the blow…We were okay about this, as we were going for the ships experience anyway and had already been to Amsterdam quite a few times before when we used to buy jewellery for our shop that we owned many moons ago in Rochester High Street! 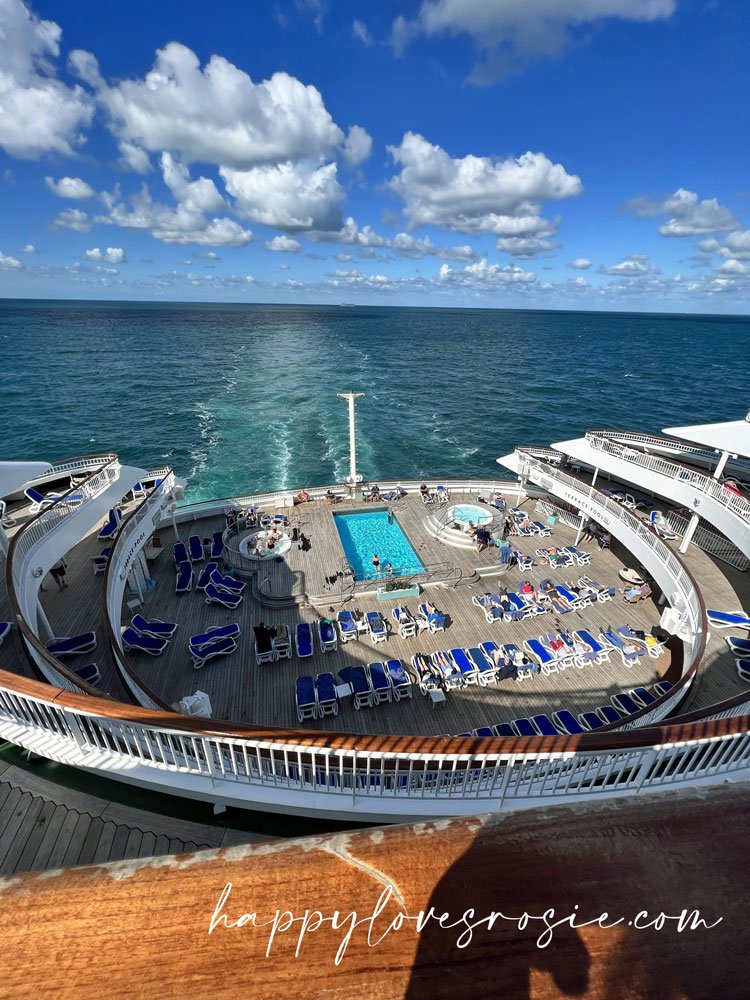 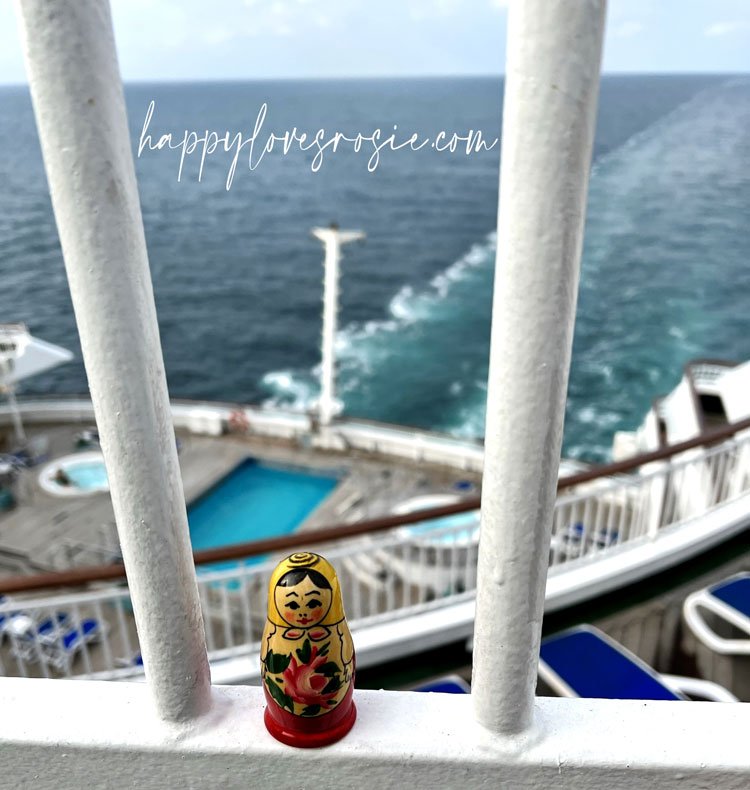 We stopped off in Blankenberge

We did however stop off in Blankenberge, Belgium,  which was a chance to take in some different scenery and visit a shop or two or three or four!  This was a lovely little shopping area which was on the coast, but it was so windy and on the trail of trying to find an Antique Shop (Fred’s Idea!)  we ended up separated, wind swept and somehow…Goodness knows how! Freddy ended up on the beach and stuck in the sand! [Rolling eye face lol!]  Don’t ask!  Luckily he was rescued to safety by some people that were on our ship! and we were able to find each other again Phew! That was a lucky escape to what could of been a complete and utter dIsAsTeR! 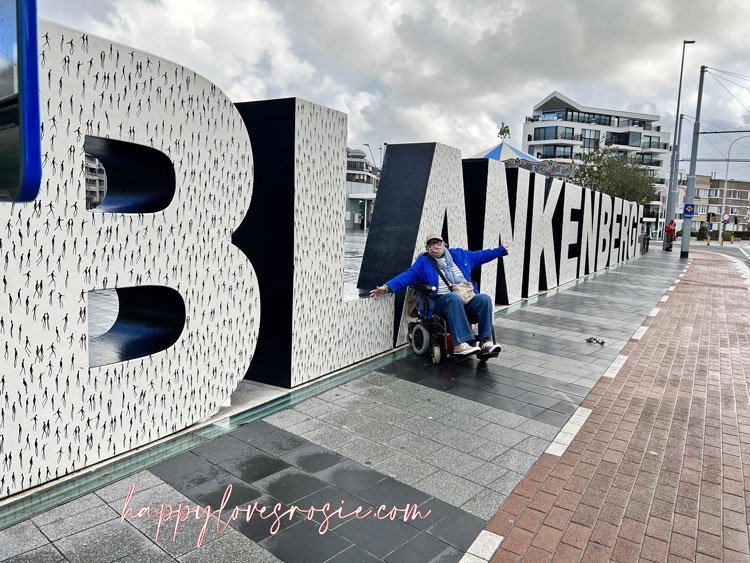 We had such a good time, there was plenty of things to do on the ship that kept us entertained and the evenings were excellent too…shows to see which were kitted out so that Freddy and I could sit together.   Live music and quizzes to be attended, craft sessions and talks… well the entertainment on board was brilliant. 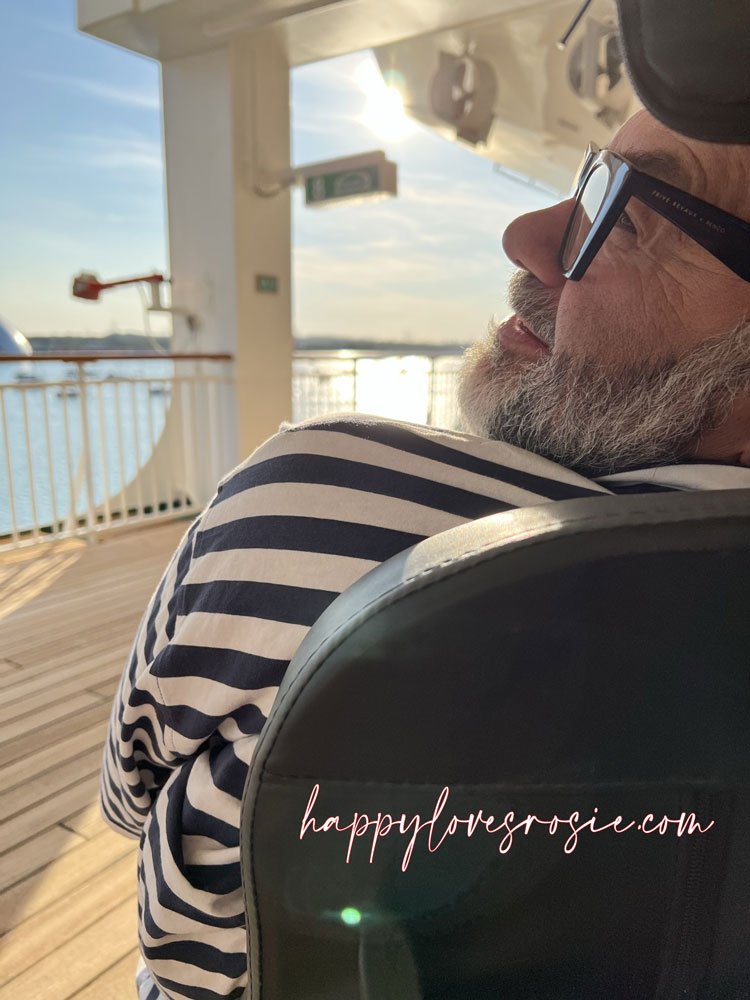 We met a couple from Newcastle called Robbie and Linda,  Robbie is also a wheelchair user and we all had so much in common.  We had been through similar experiences, we really did hit it off and all got along so well. They really did help make our holiday so special…And it’s funny isn’t it how fate plays a part in why you are meant to meet certain people, but when we were talking, we found out that their Wedding Anniversary was on the same day as ours…10th October, we had been married for 35 years and they had been married for 33 years!  it’s such a small world isn’t it! 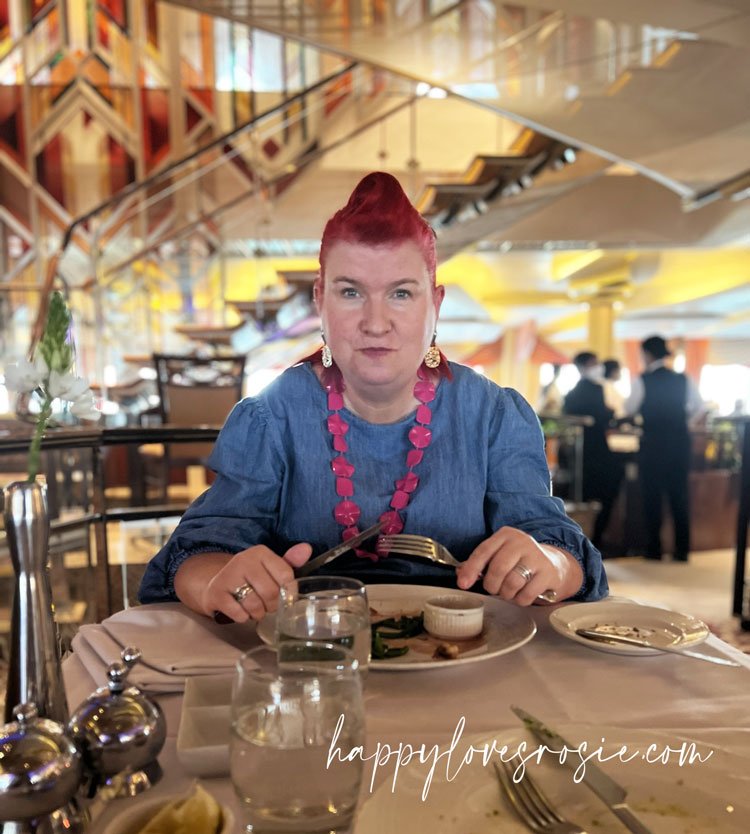 When we got home, we enjoyed our mini break to  so much lol! that we decided to book another Cruise, this time to Norway and the Fjords as my Mum and Freddy’s Mum and Dad said that they would pay for it, for our 35th Wedding Anniversary.  How lucky are we!

We have already been on that cruise and I will blog about it as soon as I can, but just know that we had a fabulous time cruising on board The Aurora and have found it to be the perfect way to travel, for us…

We plan to save up and go again in the New Year, we were thinking of Canada? There is a cruise that takes in New York and Canada…wouldn’t that be blooming fantastic!  but we have got to price it out as it seems too expensive for us at the moment…but whatever we do, we will definitely be going on a cruise somewhere, even if we try to get to Amsterdam again!

Did you manage to get away this year?

Where did you manage to go?

Bye for now my lovelies…