More than 5,000 BBC viewers and listeners in the South East have helped to create a unique artwork to commemorate the Queen’s Diamond Jubilee. 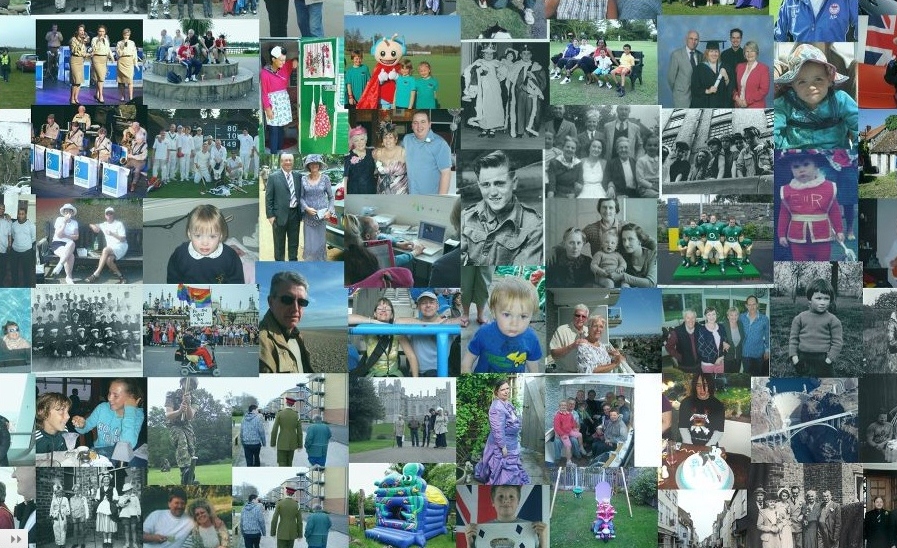 {Rosie in this caravan shoot is one my favourite pictures…so I had to submit this one.}
Artist Helen Marshall, aided by computer art experts Polly Tiles, used the images that were submitted to create a special photo mosaic portrait of the Queen. 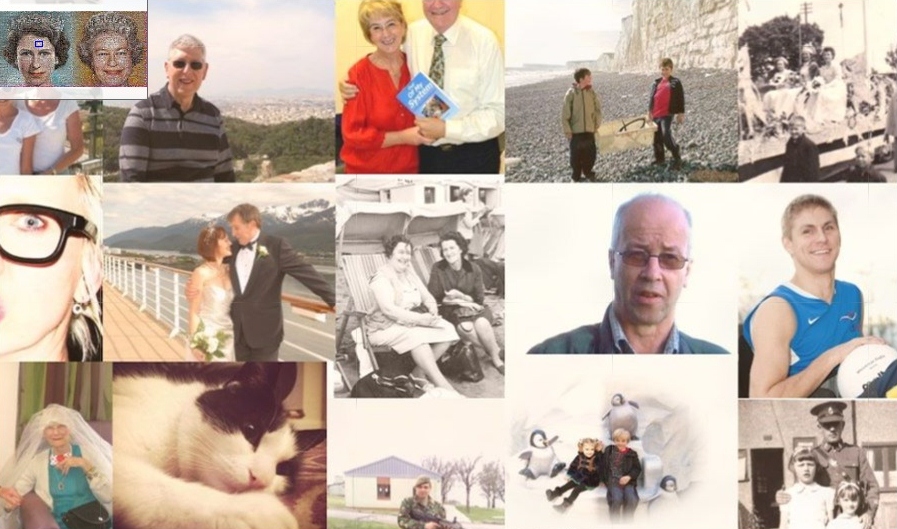 {Nanny Hilda…I also had to include…to think she will be a part of this artwork forever, makes me soooo happy….can you see her in a black and white picture sitting on a deckchair with her friend}

The finished image (the first image above) contains a contemporary picture of the Queen and a photo taken at the beginning of her reign. A spokeswoman for BBC South East said: “The project has taken on a life of its own with everyone thinking long and hard about the image they want to represent them and their family in our Jubilee artwork. 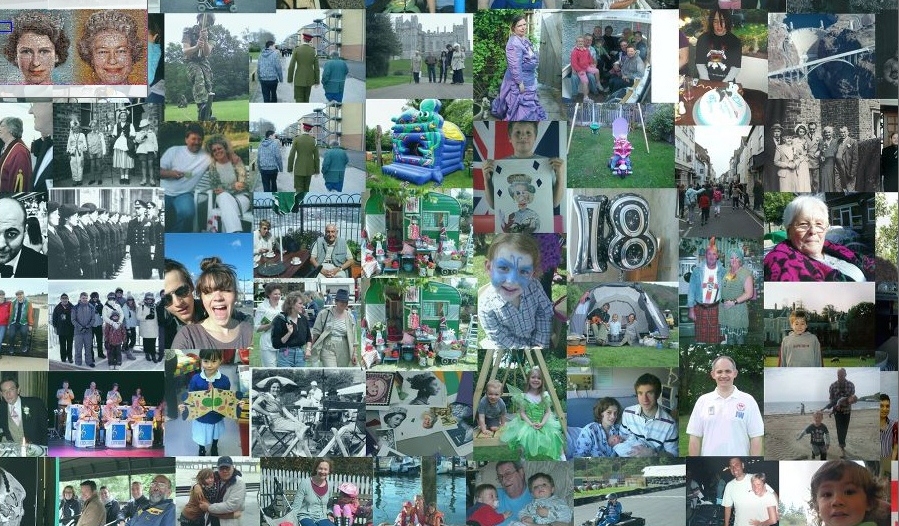 {Can you see the caravan in this mosaic above, pictured twice}.

Stand up close to our artwork and you will see a mass of touching, funny or inspirational photos – step back 20 paces and it transforms to become a double portrait of the Queen.” 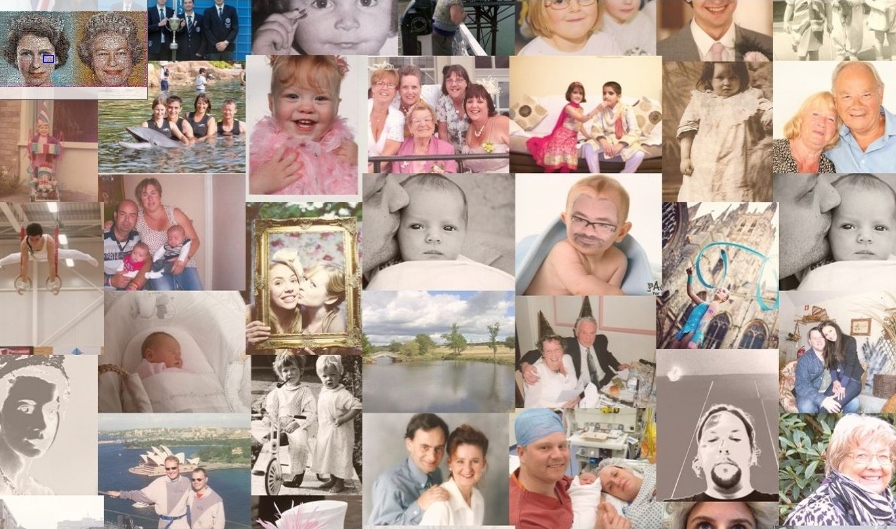 {There is a rather strange piccy in this lot of pictures…Freddy as a baby lol! The only baby with a mostache and glasses!}


Now the funny thing is, that I had totally forgot, that I had sent these pictures up to the BBC website! and when I heard that the deadline was closed, and after seeing the BIG REVEAL on TV…I was totally gutted that I hadn’t done something about it….Freddy had also submitted his piccy and whilst looking for his, he also found the others!….Who could of sent these pictures up we thought!…how are they on there if we didn’t put them on there!…After asking the family and realising that no way would our parents of put them on there…(they are silver surfers! lol!) I slowly started to remember that I had uploaded them about a month previous!..{I know! I am totally hopeless!} I had submitted 4 pics, thinking that was a bit cheeky at the time because they only asked for one!

Now it turns out that so many of the pictures have been repeated…I just sooo wished I had of uploaded my whole family, especially my lovely Dad who passed away in 1987….But on the other hand I am soooo chuffed that my lovely Rosie is on there…I have been grinning from ear to ear all weekend…it is such a wonderful piece of artwork to be a part of…BREATH TAKING infact!

You can also experience the full impact of the photo in person at the Towner Gallery in Eastbourne between 26 May and 10 June and at Margate’s Turner Contemporary on 16 and 17 June…see you there!