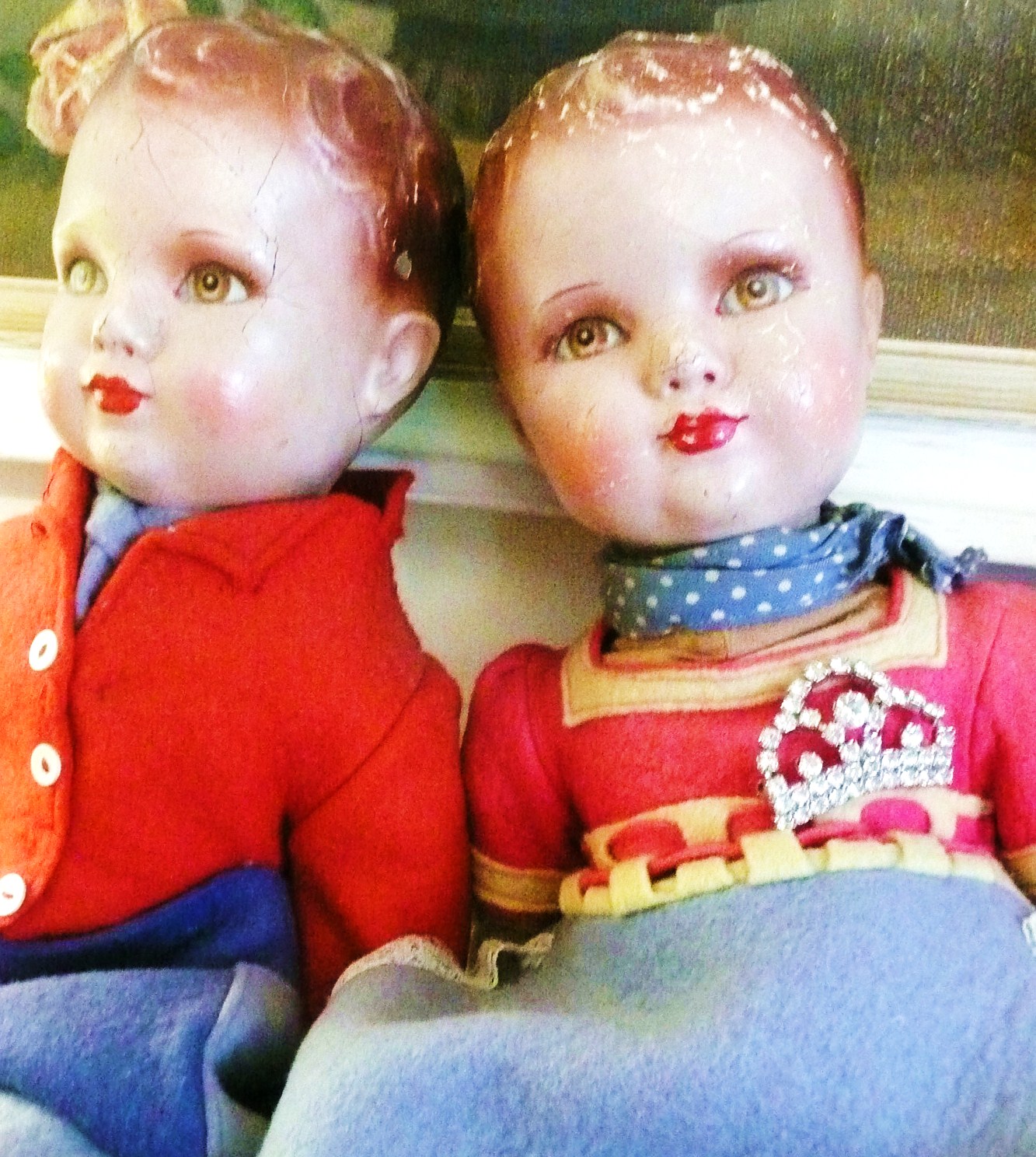 I thought I would show you some of my recent bargains that I have placed in and around my home lately….Firstly (above) is a pretty little diamonte crown brooch that I have pinned on my favourite vintage dutch dolly…you see, my local charity shop was having a ‘retro week’ and luckily I managed to get there just as they were opening…and as they say! ‘The early bird gets the worm’! 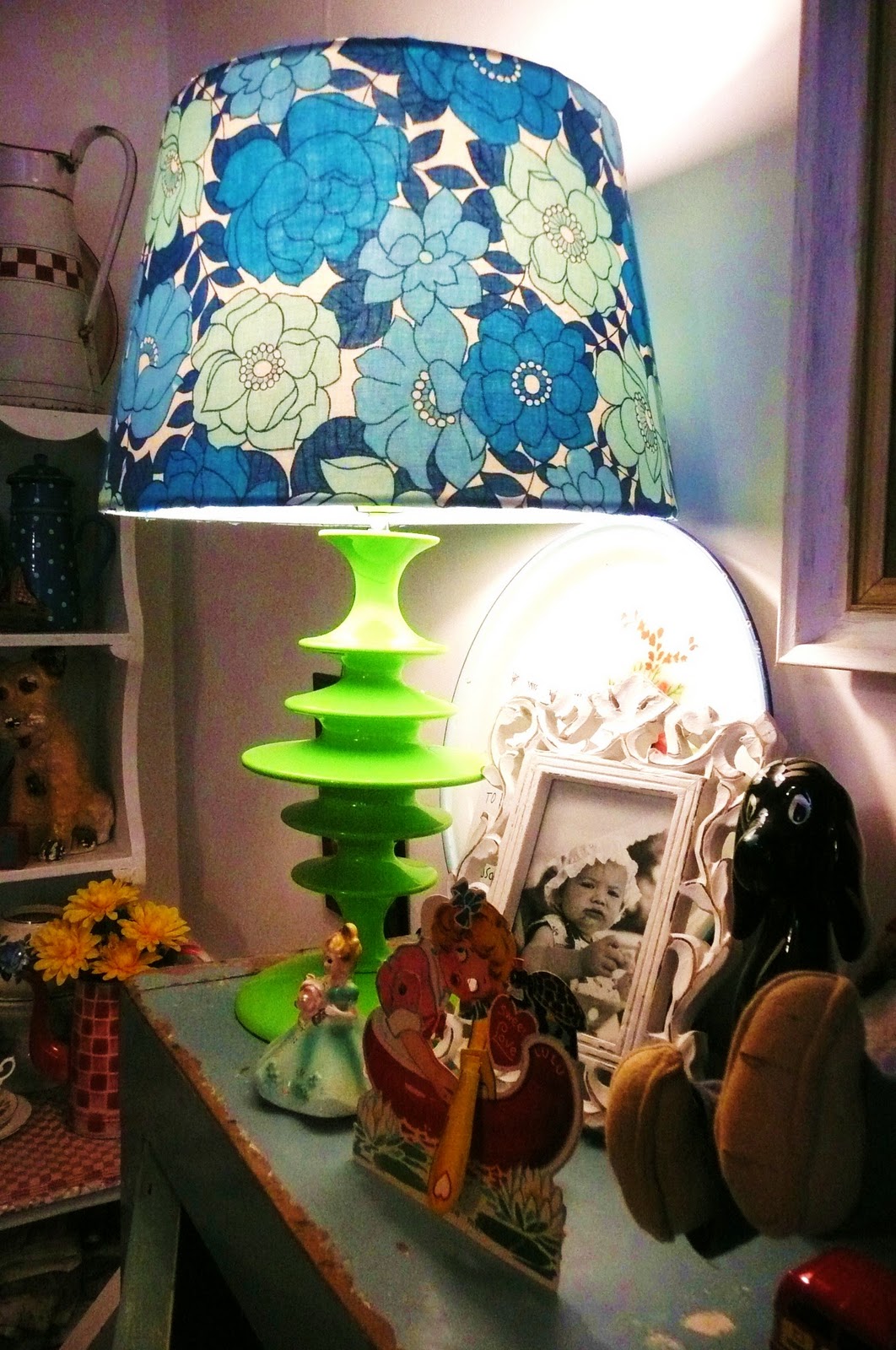 Also I have been out and about in Town…we have quite a few £1 stores there, which is great for toiletries and medicines…only the other day I picked up a load of medicine for the ‘orrible flu that has run through all of us….I am the last one to get it and I have been coughing for England and sleeping around the clock lately! my nose is soooo sore! it feels like it is going to ‘drop off’ any minute!lol!

What I did manage to get when I was out and before I took ill was those lovely ‘tacky’ flowers above left piccy…I have two bunches in that jug….I paid £2.00 for the jug in a charity shop and £1.00 each for the flowers in a shop called ‘Mighty Pound’ which I so love going into!  Its like you have  been dropped into Moscow about 20 years ago!  They have things there like furry toilet seats!!!  and the tackiest ornaments…which you wouldn’t pick for 1 bingo win! lol!  but amoungst the tat! there is some lovely ‘happy tacky’ pieces that I can never leave behind! and these flowers are amoungst them 🙂 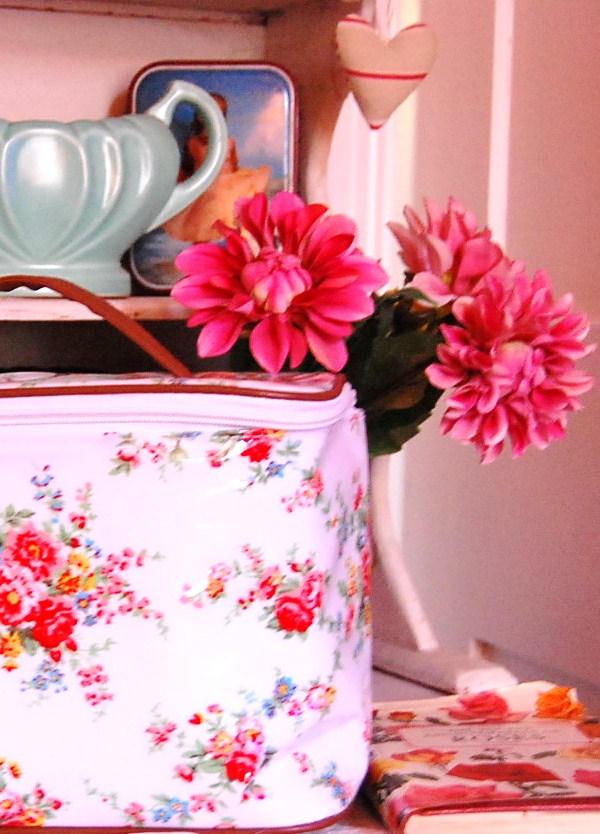 I have collected quite a few pieces from there lately and I will be hosting a give-away as soon as I am better again!…don’t worry gals…I have picked some lovely bits and pieces and its not just from ‘Mighty Pound’…phew I can hear you all sigh!…the pieces are from other shops that I frequent…I have had quite a ball! collecting the bits and bobs!

Also I picked up that rather beautiful make-up bag (above) and soooo Cath Kidston in style! from Primark  Primarni! well we call it that anyway! lol! that was a bargain at only £4.00! 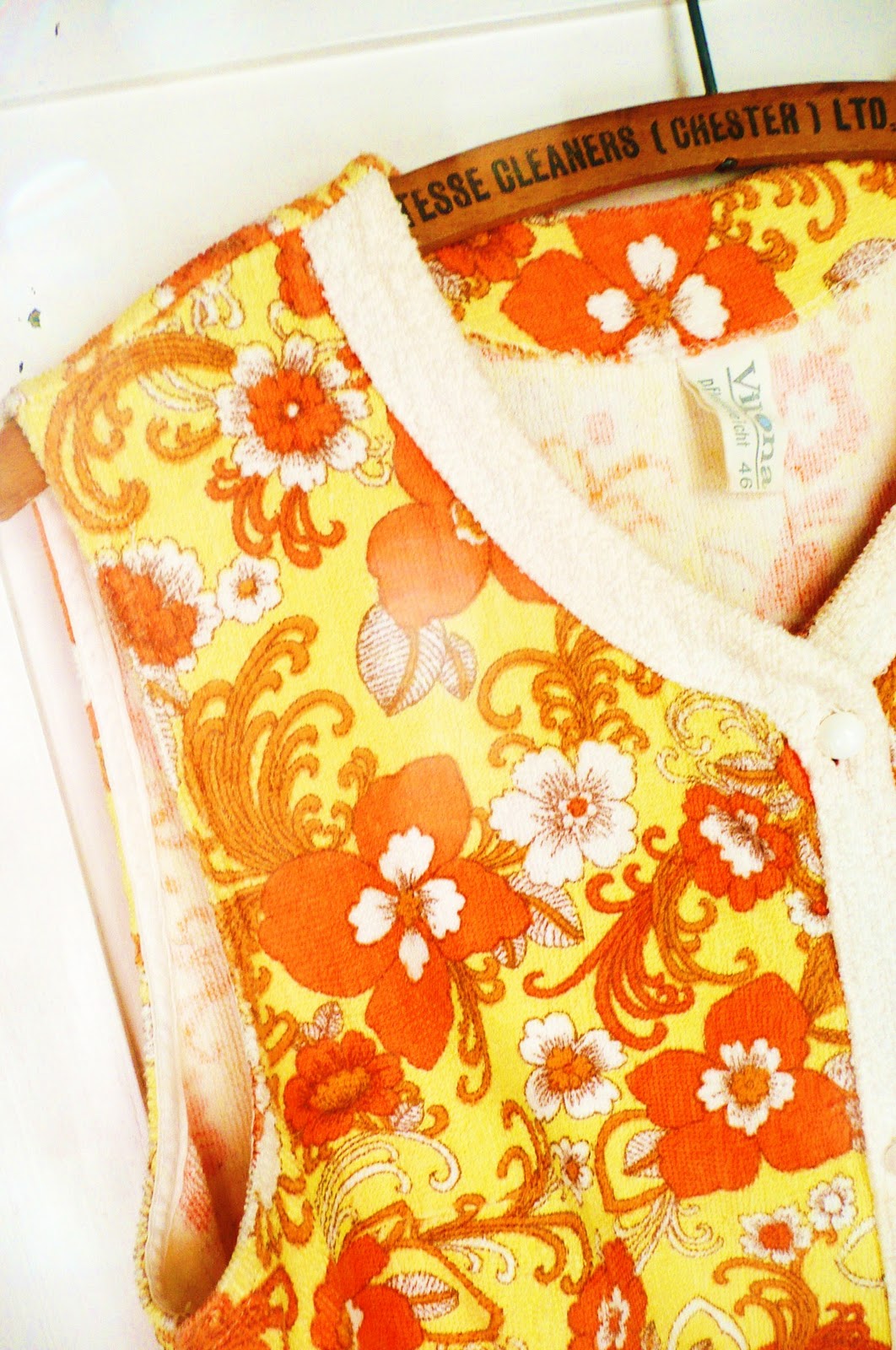 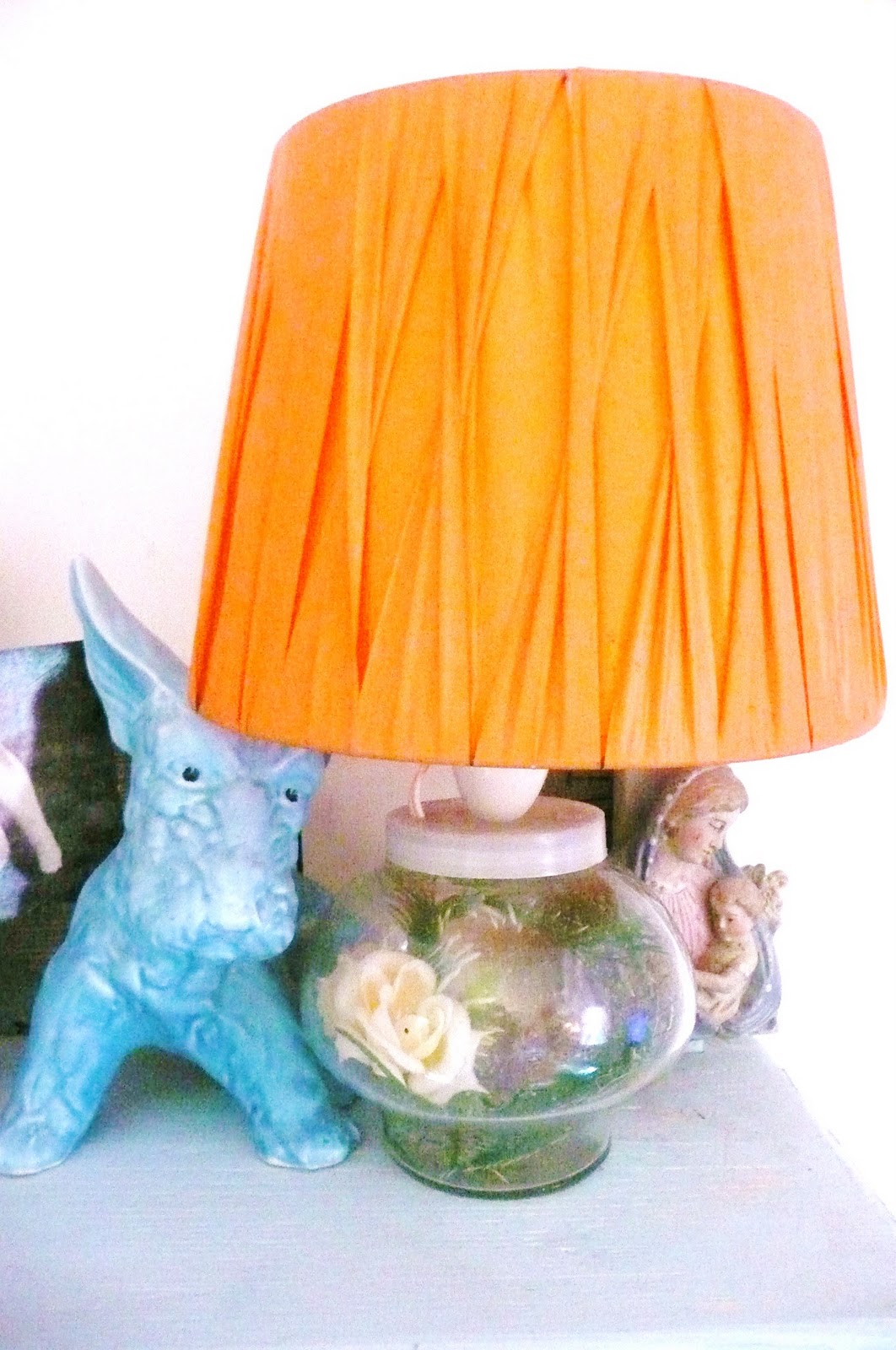 Also at the Charity shop Retro week….I bagged this towelling apron pinny and retro lamp…you can actually unscrew the base of it and replace the flower with another or something else! which is soooooo faberooni! don’t you think! 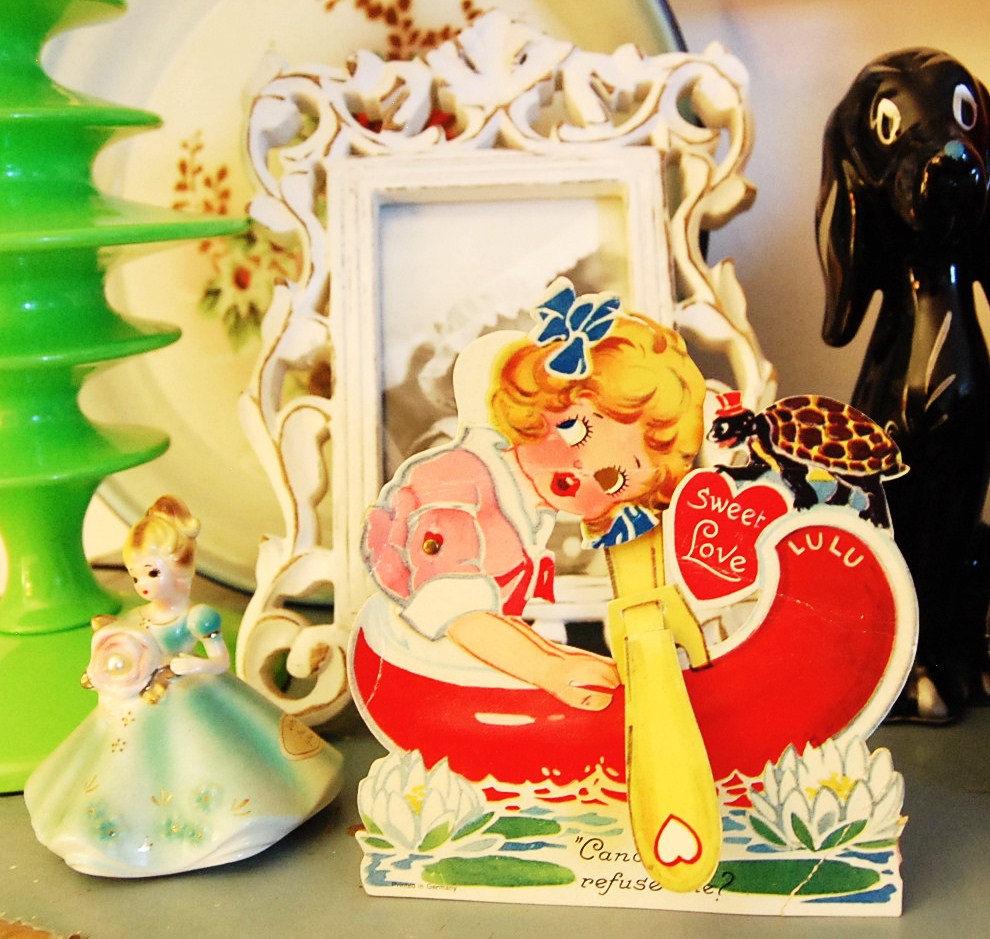 Freddy managed to get my valentines cards on Ebay (above) which I cannot bare to put away….he bought me quite a few, as I love the older cards, rather than the new varieties!  This one will stay out forever I think! and placed on top of our new cupboard….it sure looks swell!

I’ll be in touch again soon my luverlies, sorry its been a little while! but as soon as I have shaken off this terrible cold…I’ll be back with my give-away 🙂