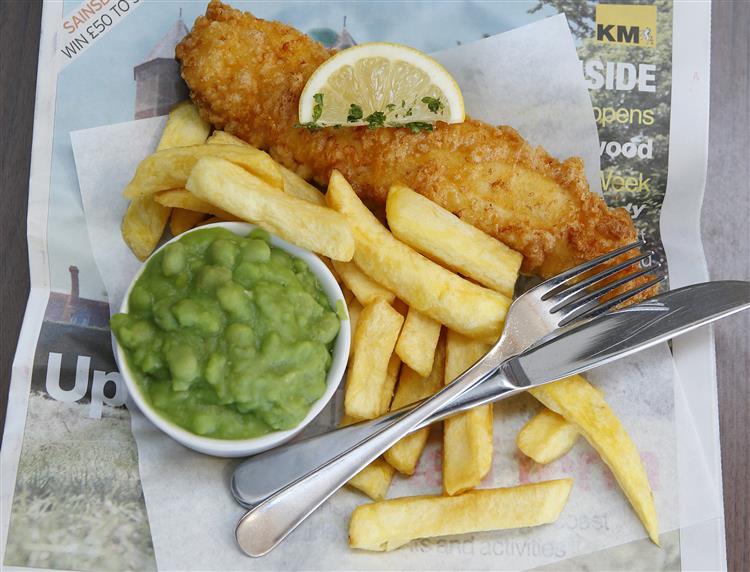 Today is National Fish and Chips day in Blighty!

So if you need an excuse to pop down to the local Fish bar, then this is the best excuse of all!

What are the best facts about fish and chips?

1. Britain’s beloved dish actually originated abroad! Chips can be traced back to Belgium or France and fried fish was first brought to Britain by Jewish refugees from Portugal and Spain.

2. Northern entrepreneur John Lees is often credited for putting the entire dish together in 1863.

3. “The Oldest Fish & Chip Shop In The World”, in Yeadon, has reportedly been selling the family favourite since 1865.

4. Traditionally, the fish was fried in beef dripping or lard, but now vegetable oils are preferred.

5. Winston Churchill referred to fish and chips as “the good companions”.

6. Fish and chips were excluded from rationing in WWI and WWII.

8. In China, they serve fish and chips with SUGAR.

9. The World Record holders for the fastest portion of chips served from scratch belongs to Henley’s Fish & Chip Shop in Wivenhoe, Colchester, Essex for whipping up the treat in 222 seconds.

10. According to the Federation Of Fish Friers, 22 per cent of Brits visit fish and chip shops every week. 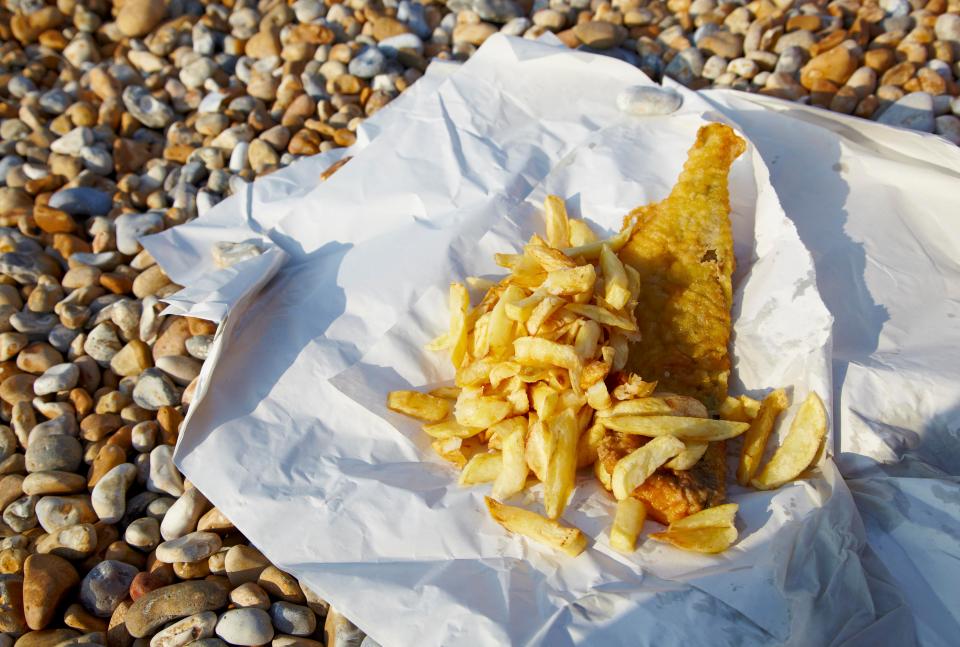 Interesting facts from my local paper

To whet your appetite or the day, here are some more facts on the dish:

Fish and chips appear in Charles Dickens’ A Tale Of Two Cities.

British consumers eat some 382 million portions of fish and chips every year – that’s six servings for every man, woman and child.

Fish and chips played a part in the D-Day landings – British soldiers identified each other by crying out ‘fish’ and waiting for the response of ‘chips.’

Fish and chips were served in newspaper until the 1980s.

The Guinness World Record for wrapping chips is held by Steph Celik of Blue Whale Fish & Chip Shop in Maltby, South Yorkshire. Beating a previous record by two seconds in 2012, Steph wrapped up five 350g portions of chips – with salt and vinegar – in just 58 seconds.

In the National Fish and Chip Survey, 70% of people said they opted for salt and vinegar with their chips.

When asked what do you call the crispy bits of batter? The national winner was ‘scraps’, chosen by 47%, with ‘bits’ chosen by 15% and other names included scrumps, batterbits and crunchies – in the South West they are known as ‘gribbles.’