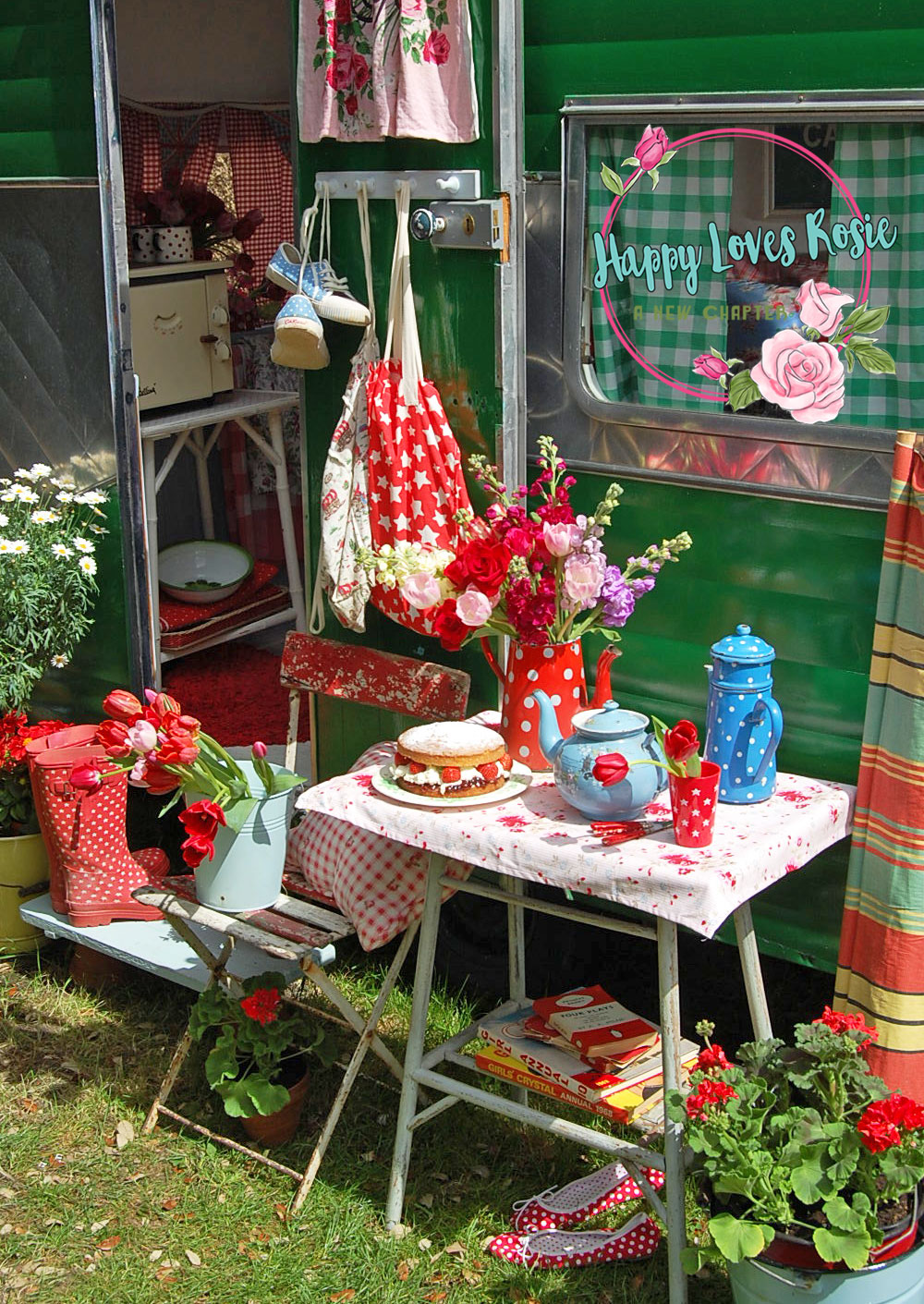 So this year I knew I wanted to landscape the garden, so I bought tools especially for the job…Yes I had been overdosing on gardening programs and I had a few tools to get on my list…So armed with a spade, a fork and an edge cutter [all bought from the Boot fairs that we go too] I decided to get cracking! I marked a line out with some string all the way to the bottom of the garden and rather than do it like they say…I thought I would improvise and stick old knives intermittently down the garden twisting the string around each knife so it was taught! Haha! I thought…there’s the right way…and the bodged Happy way! 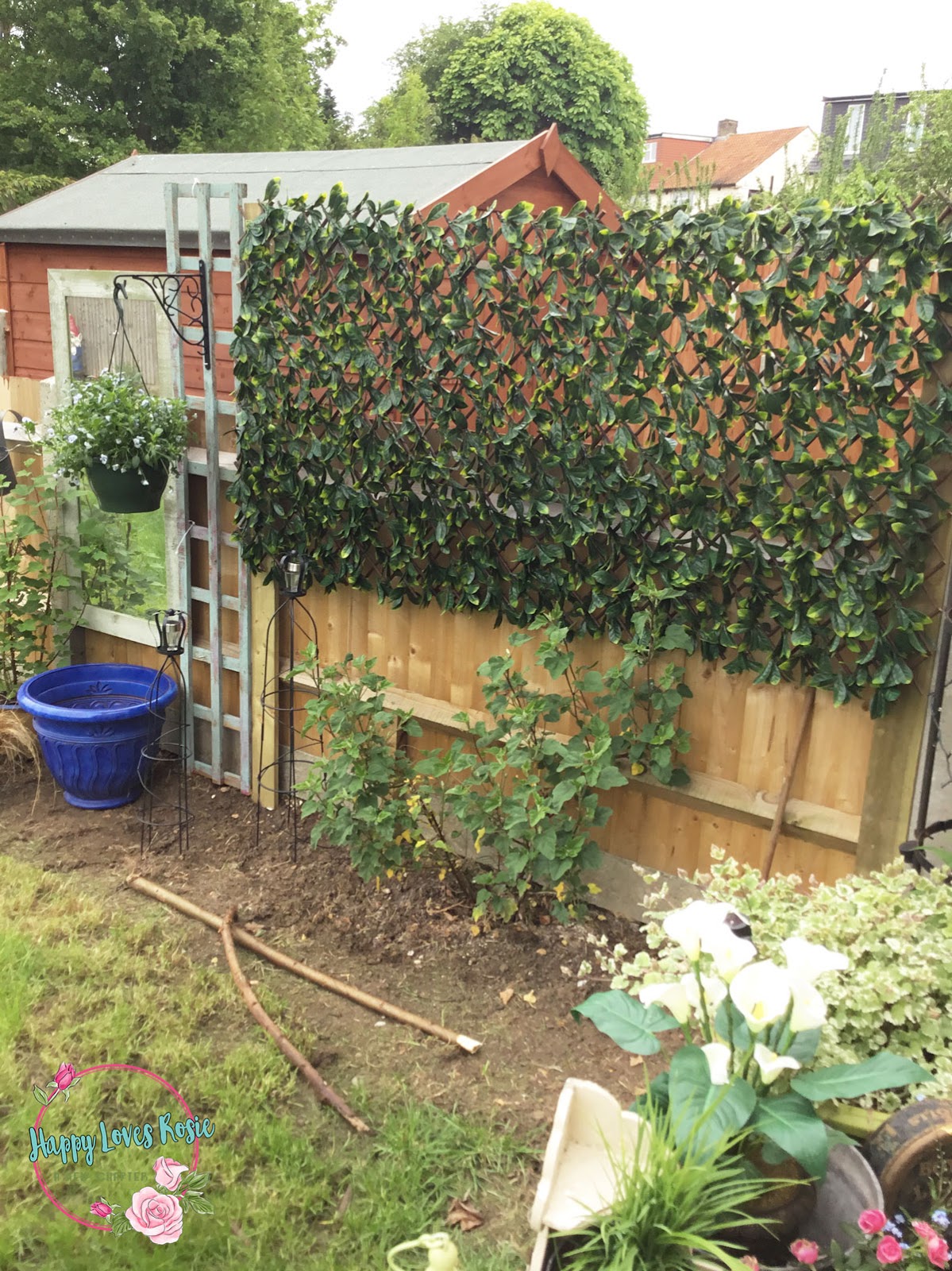 So armed with my edge trimmer cutter whatever the blooming thing was called I dug it into the lawn along the line that I had marked out!…well needless to say! It didn’t really work with croc’s on…so I went and put some boots on to give it some real welly!…Now you would think that an 18 stone woman! [and that is being polite to myself lol!] wearing Dr Marten boots would be enough to dig an edge along the garden wouldn’t you!…but no! My lawn was having none of it!… we had had a few weeks of sun, so I was telling myself that the ground was probably too hard…not that I am a weakling lol! 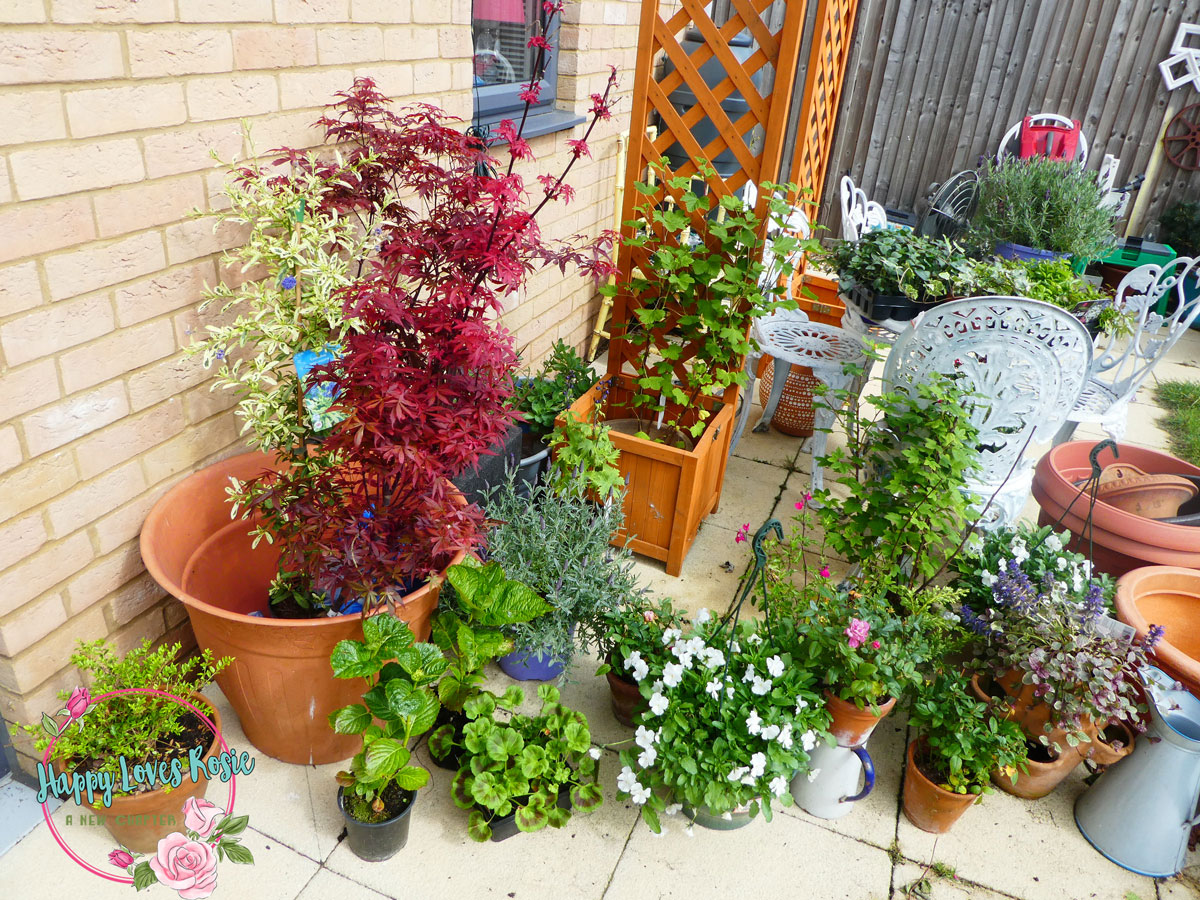 I had to do something about it as I had been accumulating a lot of plants on the patio…that is my new No.1 best thing to do these days…hunt for bargain plants…so here they are [above] & [below] getting a bit crowded!

So we decided to hire a lawn cutter…Yes you heard! One of those big Bad Boy machines that runs on petrol…I must admit I was very scared about it, as it was me who was going to have to use it!…We asked Darryl if he would be able to come and help me.  You see I needed someone a tad stronger than me [who couldn’t even cut an edge with Dr Marten’s on EeK] to roll up the lawn and carry it to the the corners of the garden…wich later on I decided to move …but that is another story!…and luckily he was happy to help! 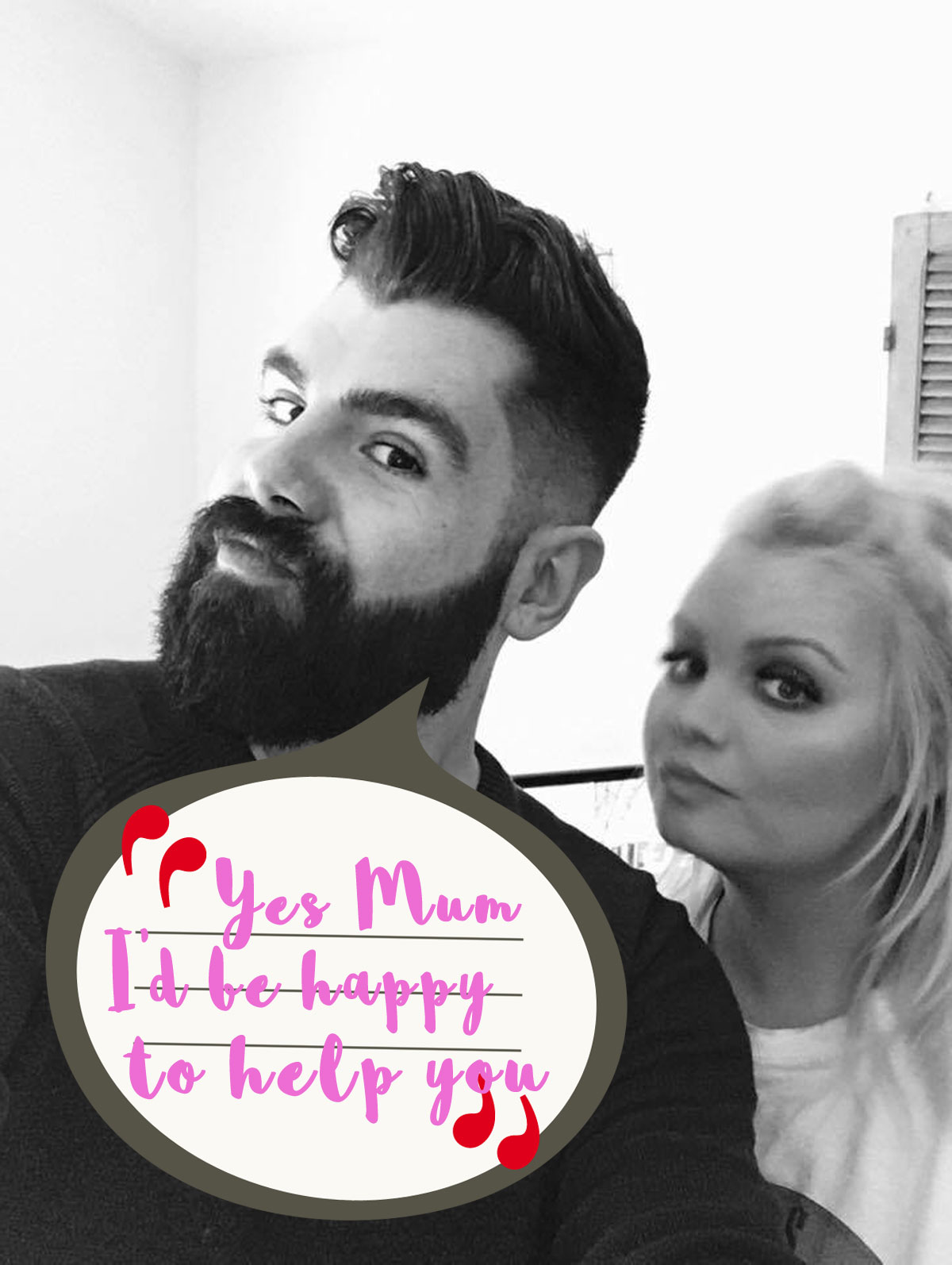 We decided to hire the cutter for a long weekend as I wasn’t sure how to use it, so I thought best to hire it over a few days just in case there were any problems…we were waiting nearly all day for it to turn up and decided to ring HSS Hire for details on when they were going to be delivering it…Well blooming lucky we did! as they had no recollection of us ordering it…even though they had taken the money from my account! Grrrr!

I nearly burst a blood vessel trying to sort it all out, but they did and said they had another that they could send us straight away! Phew! Thank Heavens for that! Heart Attack Averted! 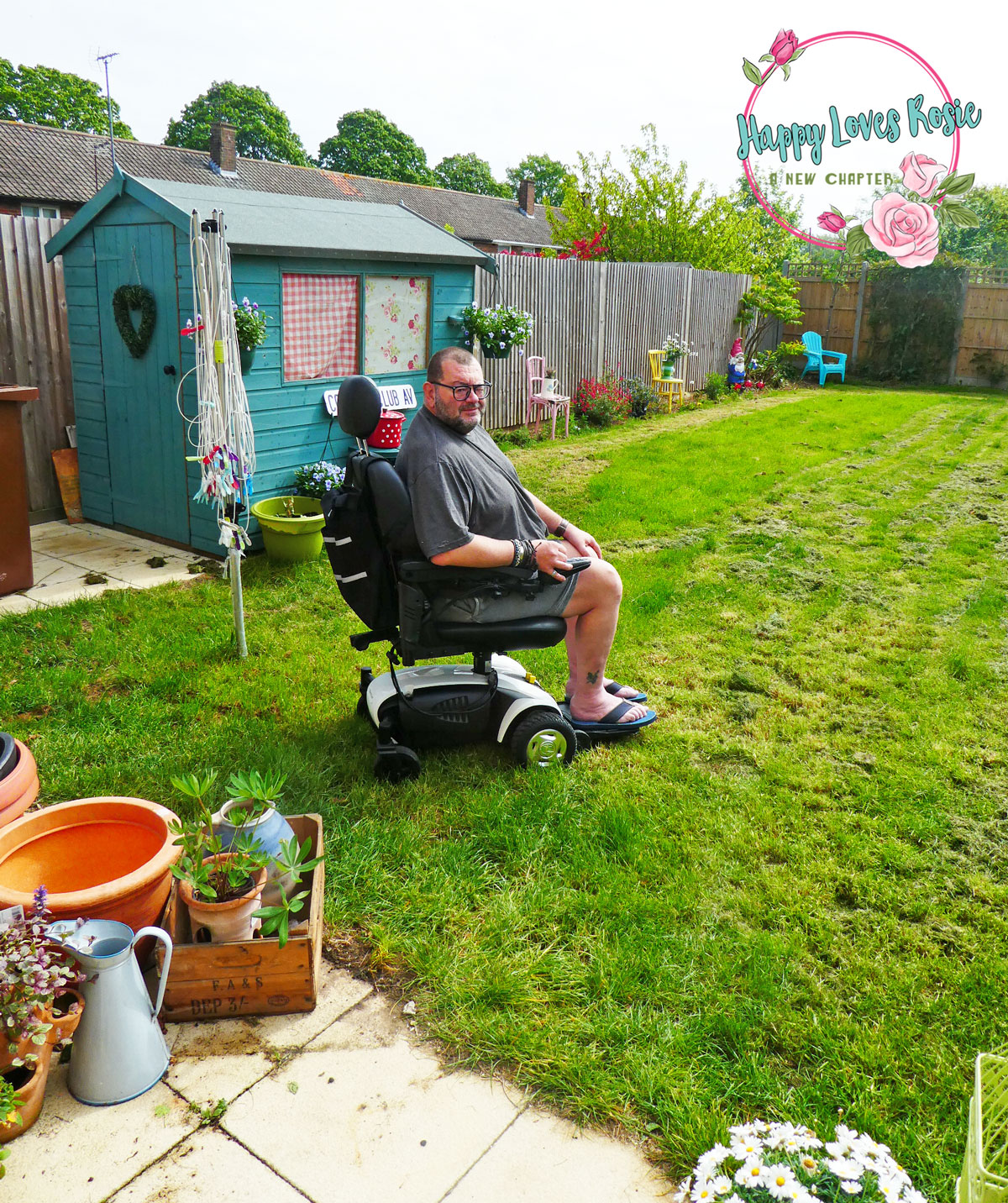 Here we are, just before we marked the garden design out with a trusty old knife and some string to get the curves…no expense spared lol! 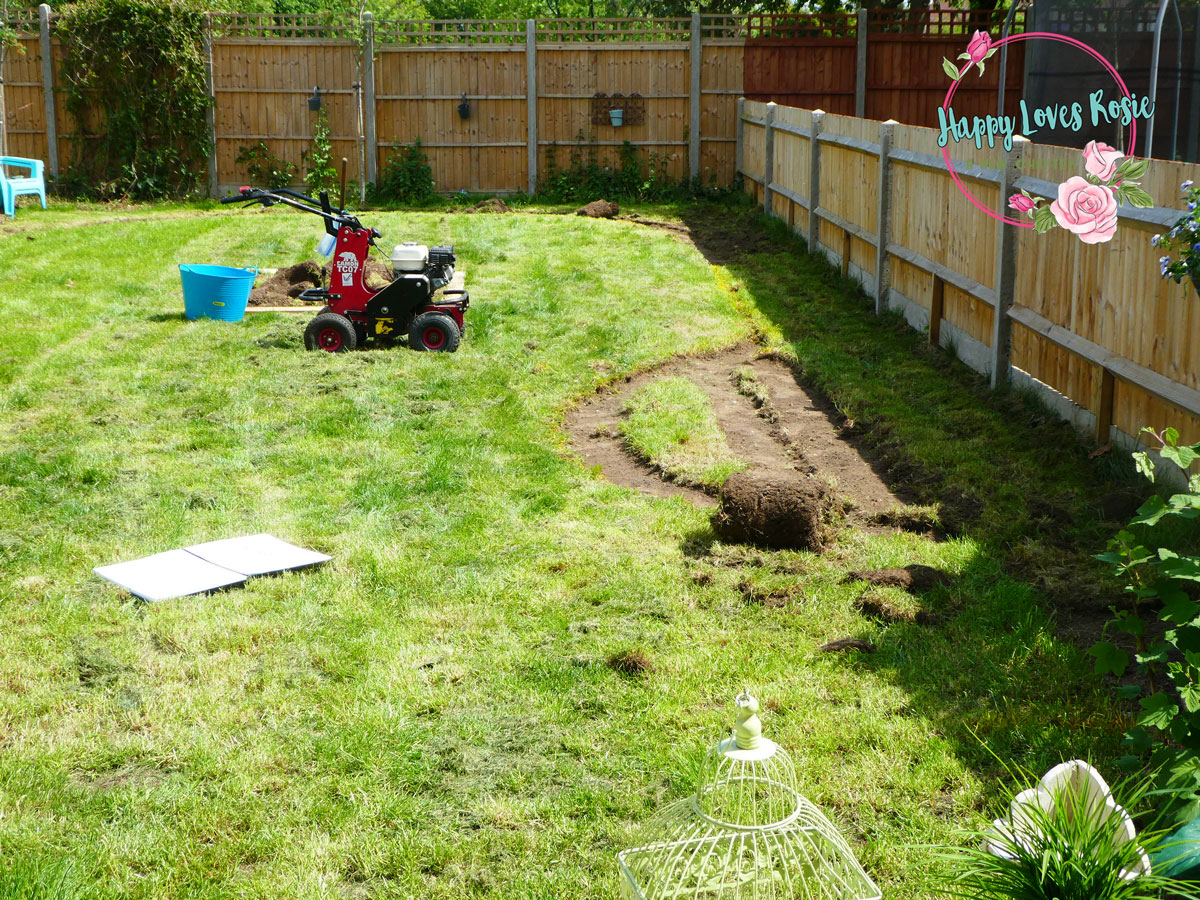 …And here is ‘The Beast’…once I got the hang of it…it became my new best friend…It was hard work, but not as back breaking as trying to do it myself…I got most of it done in one day with little finishing off bits the day after…Darryl was a really good help and did all the manual work of moving heavy lawn where I wanted it moved…He also helped Freddy to build the raised bed in the middle of the garden…you can just see where we decided to have it behind ‘The Beast’! 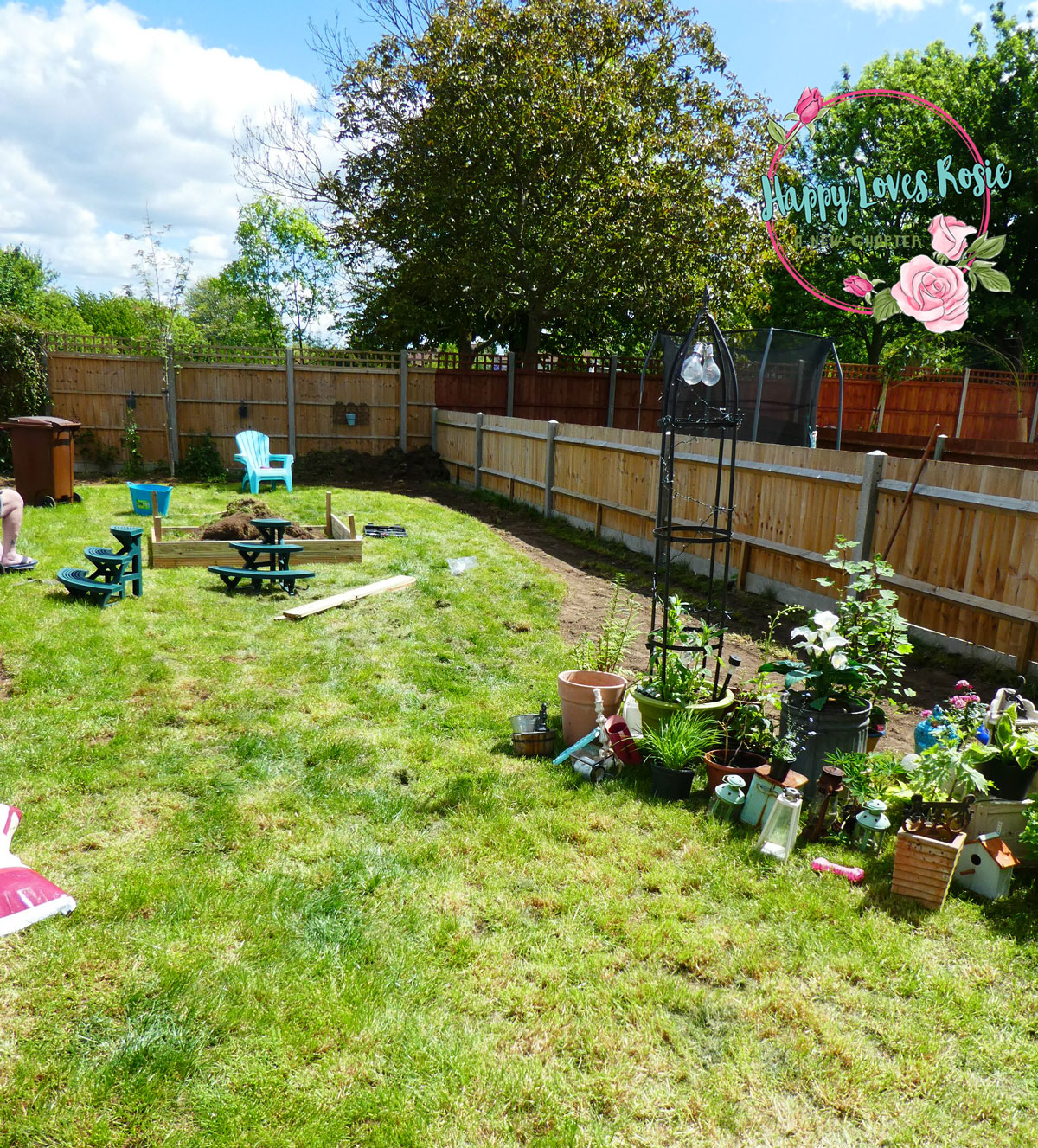 And again above…as it’s all starting to take shape… 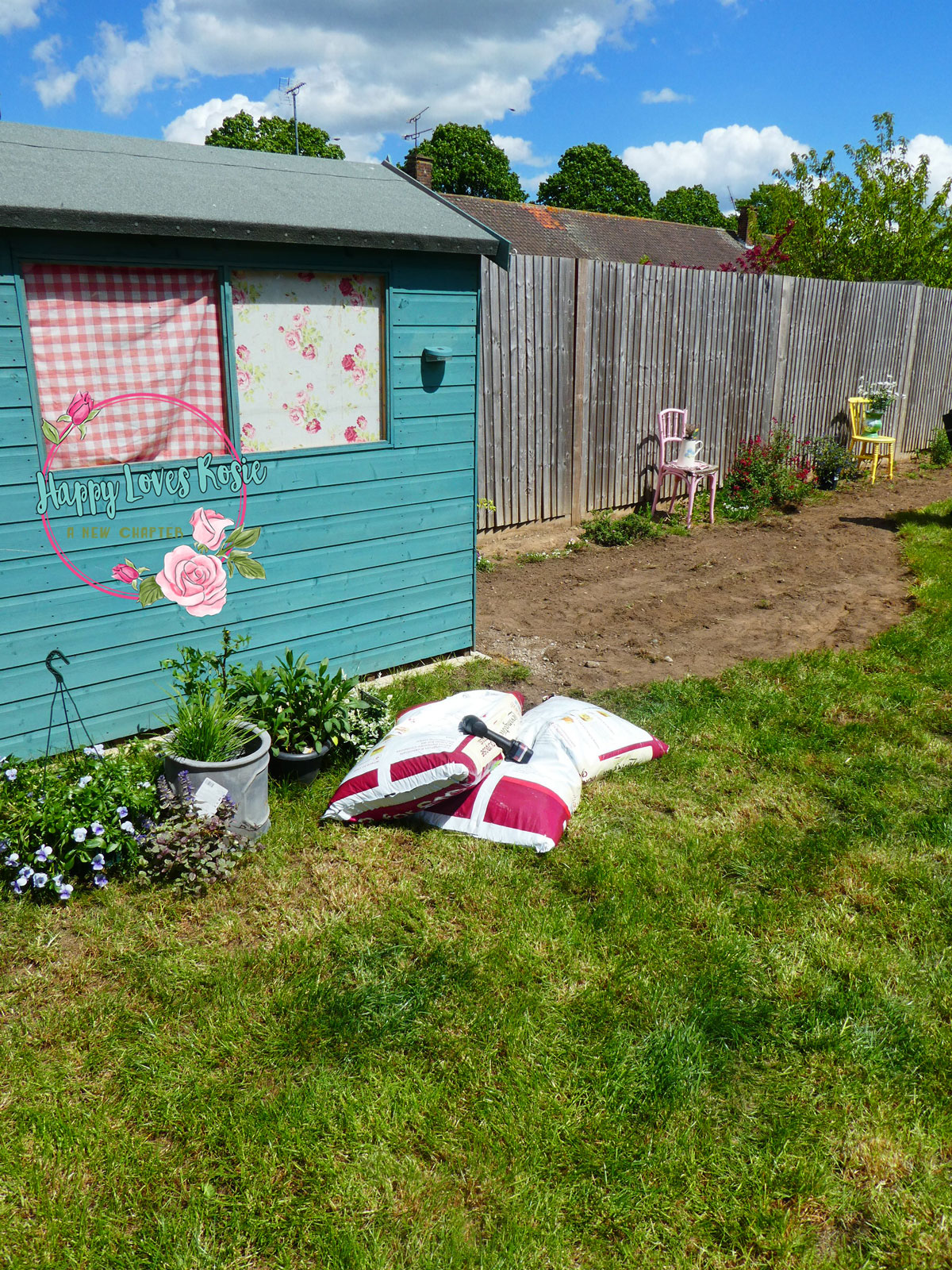 I decided to make another large bed over this side too. Although I had bought a lot of plants, I was a bit unsure as to whether I would have enough to fill the large areas that I had cut! But it’s all trial and error with gardening, I have learnt that since…and it is my new love, I find it so rewarding, planting little plants, looking after them and watching them grow into big mature lovelies…it’s just the best isn’t it! 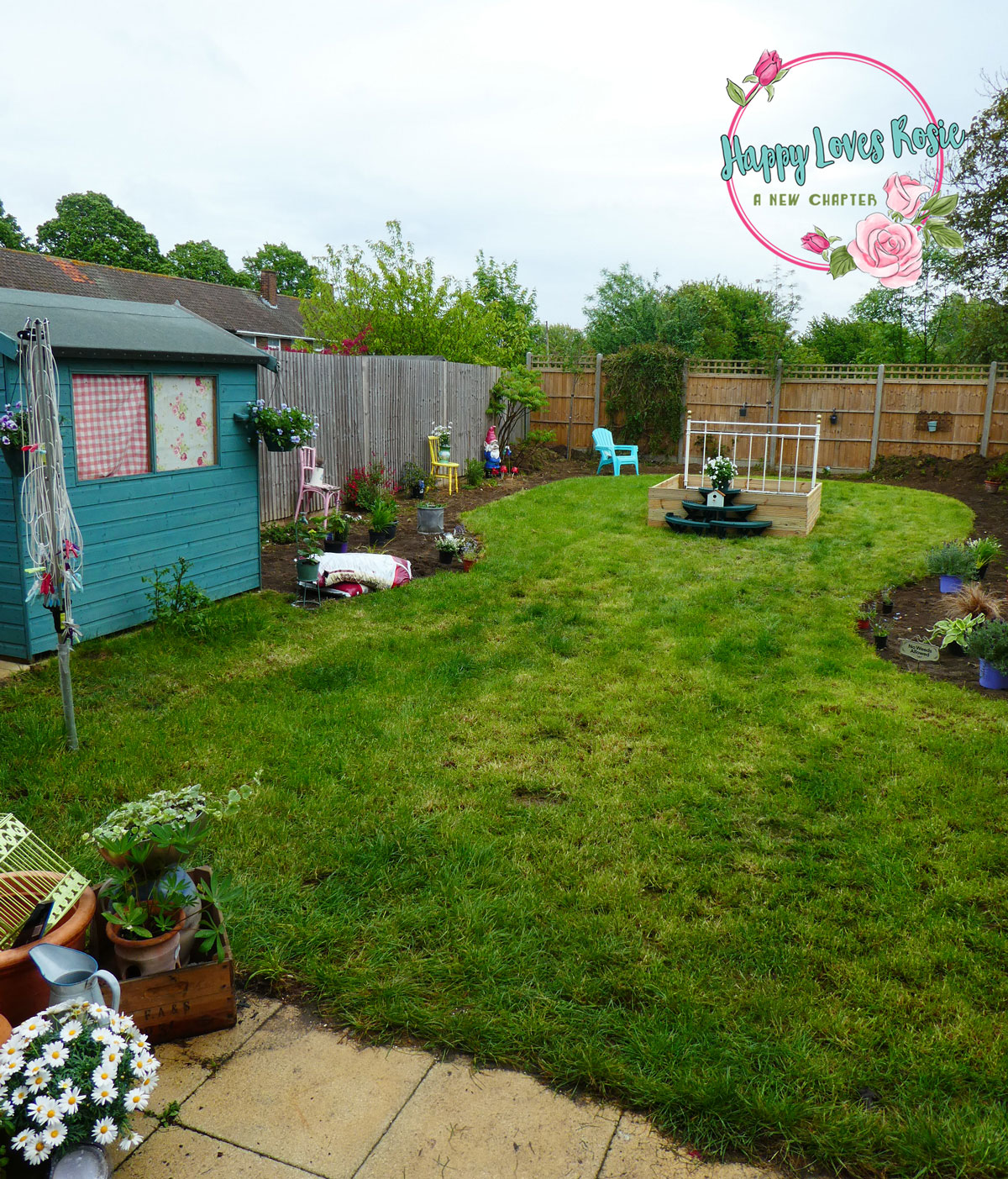 And here it is…the finished garden…’The Beast’ had gone back to HSS Hire, which I am sure the neighbours were grateful as it did make such a loud noise when fired up and I did fire it up alot!

Yes you can see our old headboard in our new raised bed HahaHa…we had nowhere for it and thought ‘what the hell’ lol! But that’s just the way we roll! 😉

Now for the fun to start…where shall we put all those plants…and what colour should we paint that fence?

Make sure you subscribe to my blog as part 3 is coming soon! and if you want to catch up with part 1 come and read all about it HERE

Bye for now my lovelies.