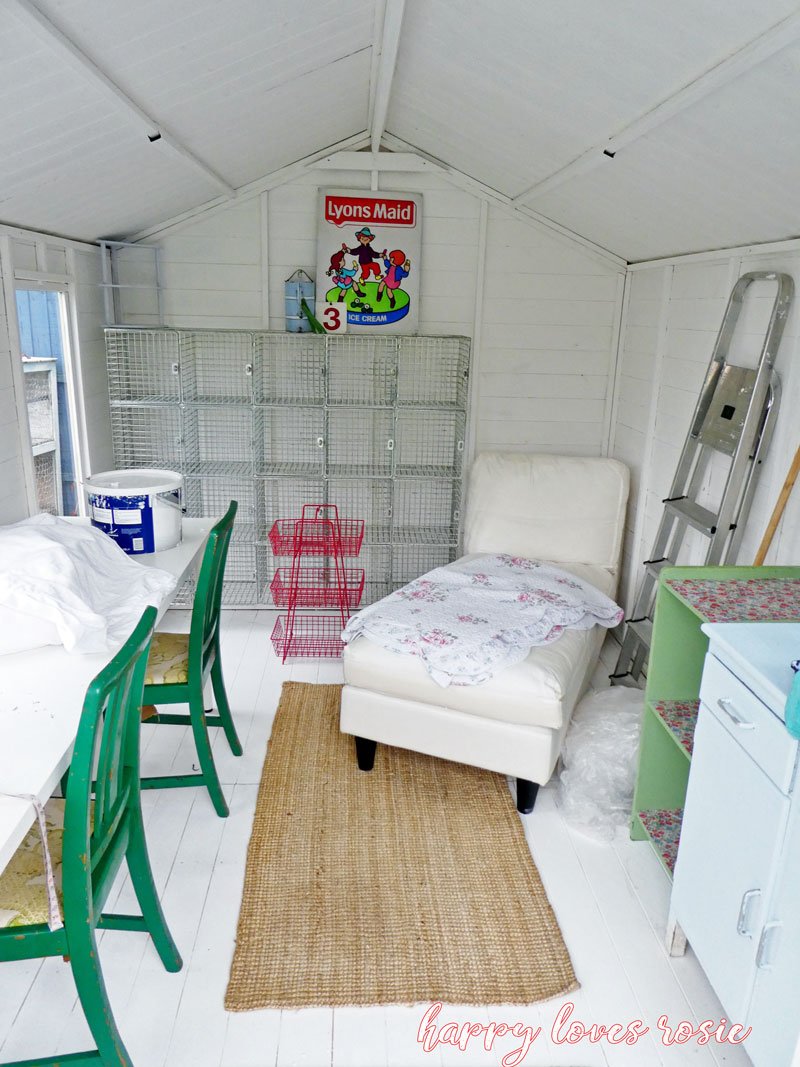 I thought I would take some pictures and show you the progress that I have made in the summerhouse.  I won’t be doing much else in there this year as the weather has been so wet, but yesterday I checked that everything was ok and that there was no leaks, which it all was thank goodness!  I think I might invest in some spongey draught tape as there is a slight gap at the top of the door and I don’t want any water to get in!

All in all though it looked fine and there was no nasty damp smells either…The paint that I had been using is still in there as well as my ladder and a broom which I took out (gotta sweep that patio!)  I had the decorative wood taken off the windows so it was easier too paint them,  but now I am wondering whether to put them back on again as without them,  the house looks so much more contemporary and the view from inside, out over the garden is fabulous, it makes it so bright inside, so I might actually keep it this way… What do you think? 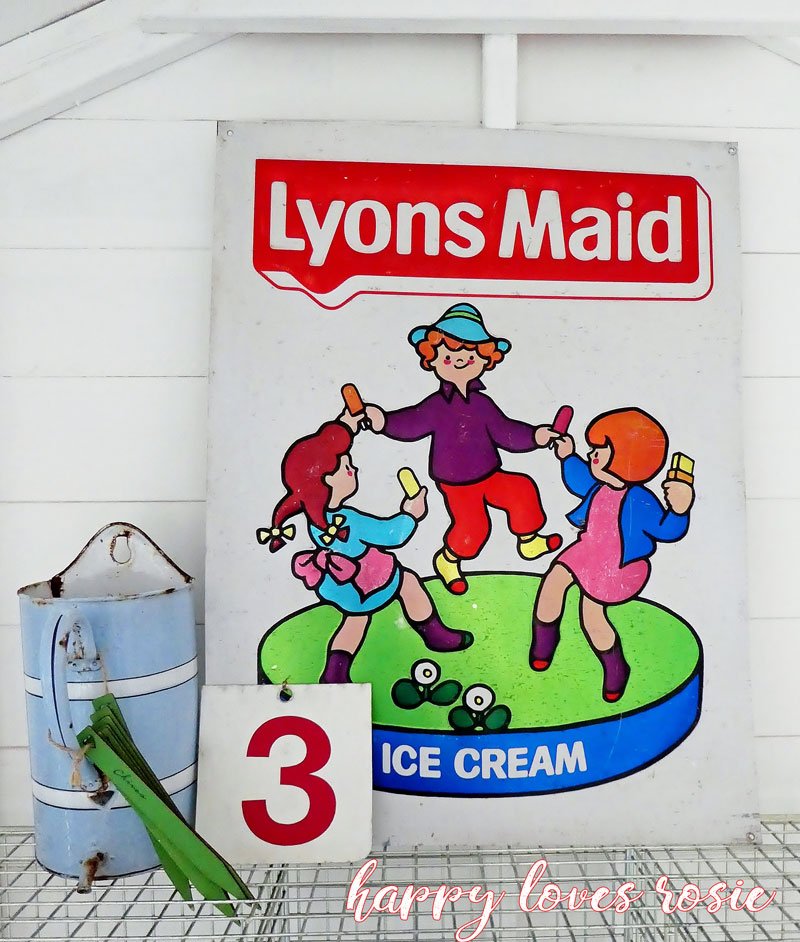 As you can see I have added to the decor with some bits and pieces that I found around the house and also pieces that I have found in my local area on Facebook Marketplace (oh I so love looking on there!)  The Lyons Maid icecream sign I found in my Mum’s old garage where she lived in London, it has been safely waiting for me to find a space for it ever since she moved over to Kent (2 years ago now!) I just couldn’t resist adding it in here. 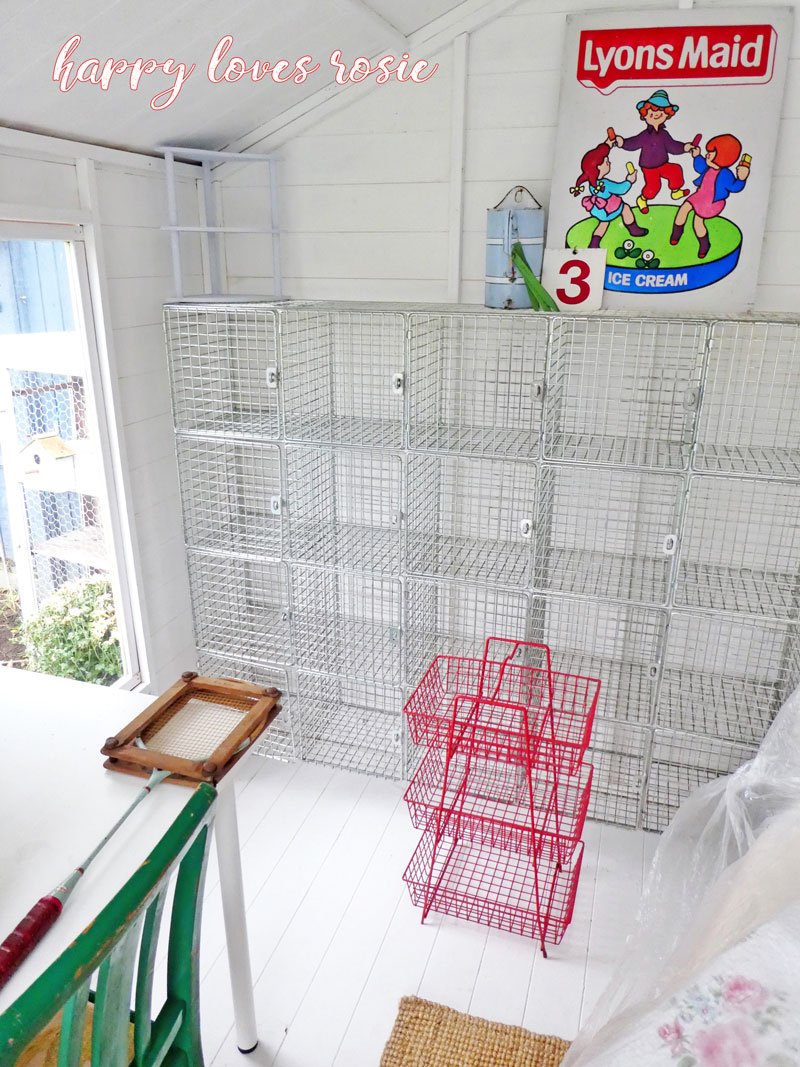 I always love to hunt for a bargain! and what gorgeous pieces I have managed to find for this Summerhouse of mine!  As I have said before, I found a lot of the items on Facebook, but there is a few items in the pictures that we got at the bootfairs over the summer months…We didn’t go that often as I find that I spend too much money on things that I don’t necissarily need! But what we did find…like that lovely vintage tennis racket [£3] on the table in the picture above and the rose print cotton eiderdown [£4] on the chaise, is so quirky and just up my street!

As luck would have it I found 2 beautiful Caravan Green Chairs online too, as soon as I saw them I had to have them…I bought them from a lady who lived in Seven Oaks, along with the little green shelf unit that is prettily decorated with floral paper… I travelled down dark country lanes to pick up these beauties, but it was so worth it as they look so cool…The chairs need re-upholstering but that can be a job for next year. 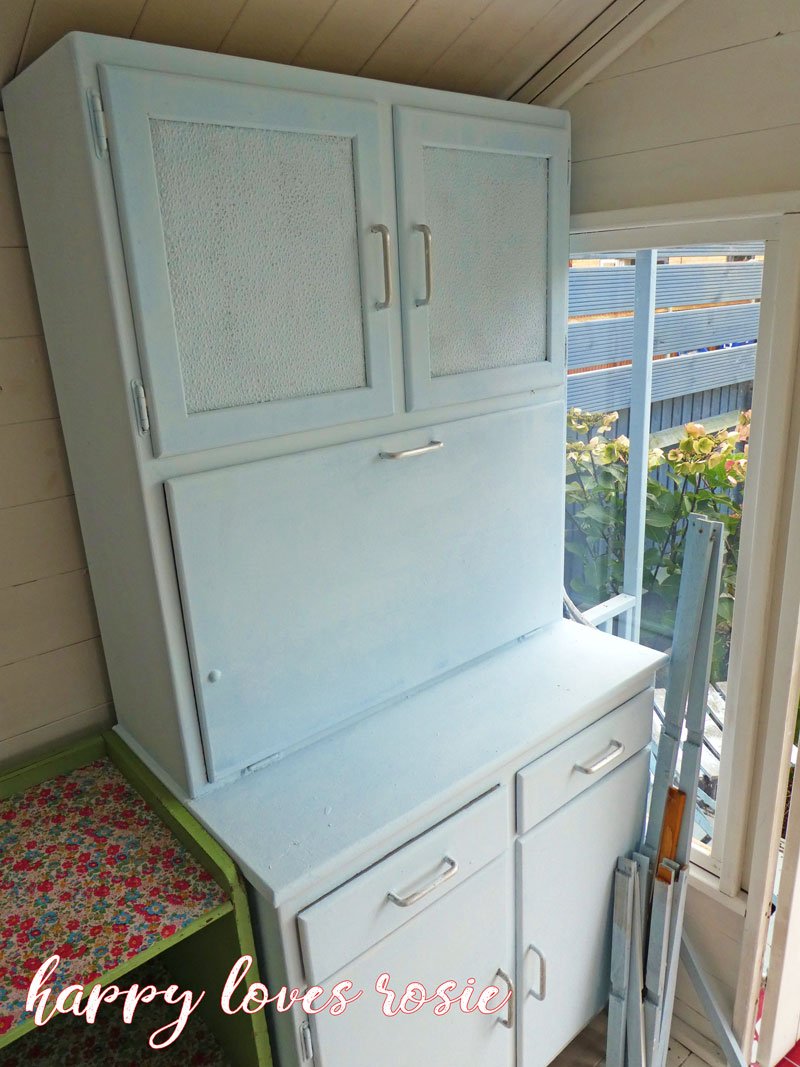 I painted the dresser a pale blue in the end, only because I love how pink, red and green works so well with it…Freddy bought me some french vintage seed labels which I will probably use to decorate it with.  Can you see that I have also painted over the glass on the cupboard doors! It needs another coat but I thought I would do that when the spring kicks in and I might have some more ideas by then too.

What do you think of my progress so far?