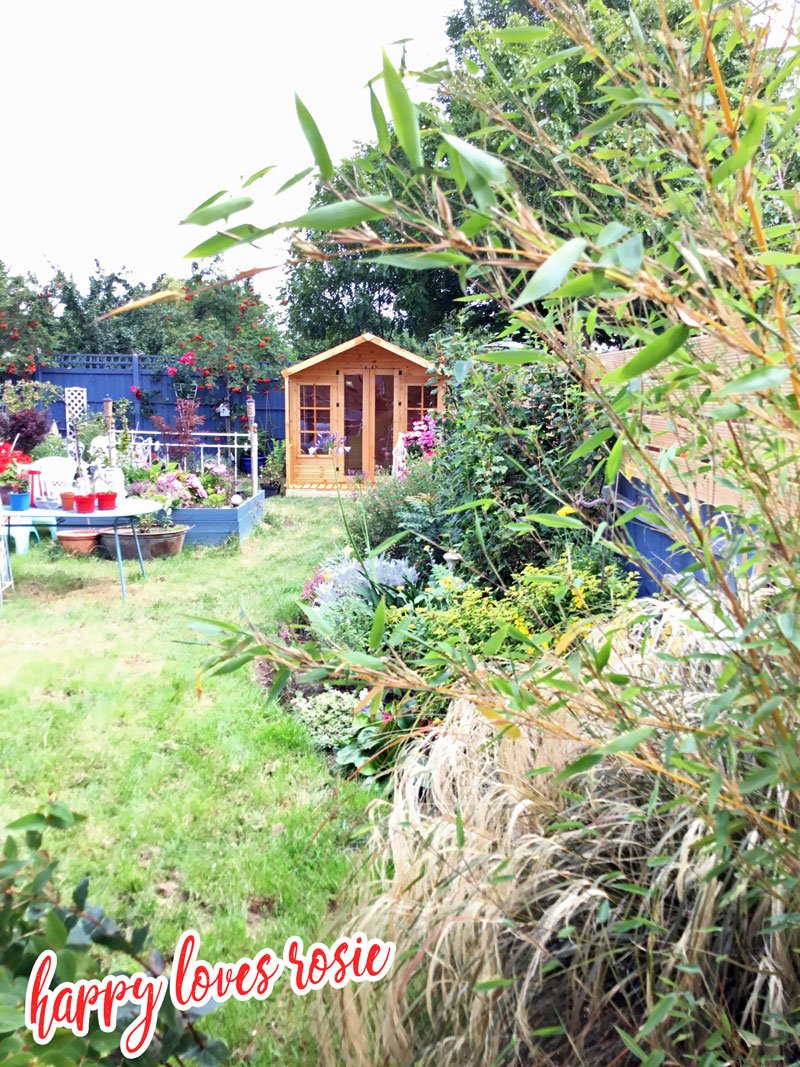 Yes I finally saved up for this lil’ beauty…You know for a while now I have been constantly saving pictures to my Happy Shed’s pinterest board…and I am sure any of you that are following me must of got quite fed up! but with the help of my lovely Mum and some saving up on my behalf, we finally ordered this lil beauty at £899.00…

I was definitely conned

She is a 12 x 8 ft Wessex Summer House by Waltons Sheds….although I would not recommend this company at all, I bought her thinking she was a geniune Walton’s shed, but when she arrived I realised she was infact a Mercia Shed… I have complained to the company, but apparently they have justified it saying that it is their sister company…Thing is there is nothing on their site saying that they sell 3rd party sheds and summerhouses, so you are none the wiser when you order!

If I wanted to buy a Mercia Wessex Summerhouse I would have searched for one and found it so much cheaper! £100 cheaper infact! Over at Robert Dyas, so that is my advice to you my friends…if you want to buy a summerhouse like mine, but it over there instead! and who’d of thought that Robert Dyas sold all garden stuff…I will definitely be saving that website to my favourites in future…Anyway back to the story and the Summerhouse…I just had to get that off of my chest first!

As luck would have it

As luck would have it, my new neighbour happens to be a carpenter, so all the jobs I have been longing to have done, lately I have been chatting to him about it all…The first job that I got him to do was errect a privacy fence along our existing low fence and voila this is what it looks like… 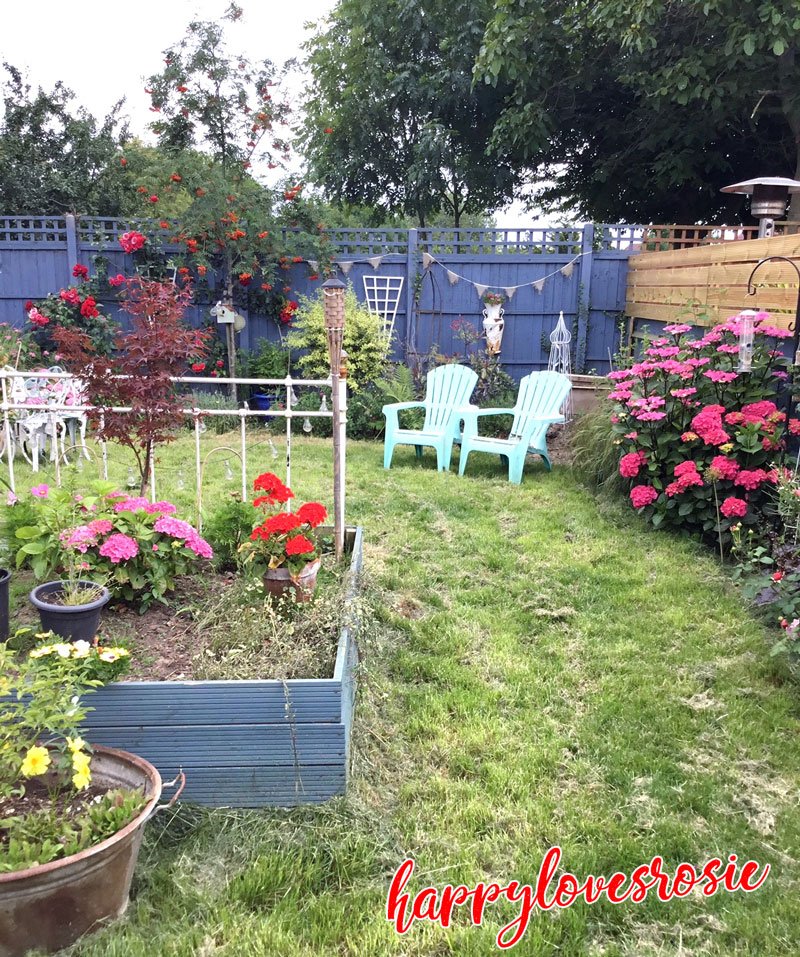 You can just about see it through the bamboo as well in the first picture, it is made up of decking board, this material made it a lot cheaper and it looks a bit more individual…I have started the process of painting it and I had to paint it down the side of my new Summerhouse before it was errected can you see right in the corner over by the chairs?…I was meaning to paint the rest today as well, but it was too hot and now it looks like rain, so I might leave it for another time! 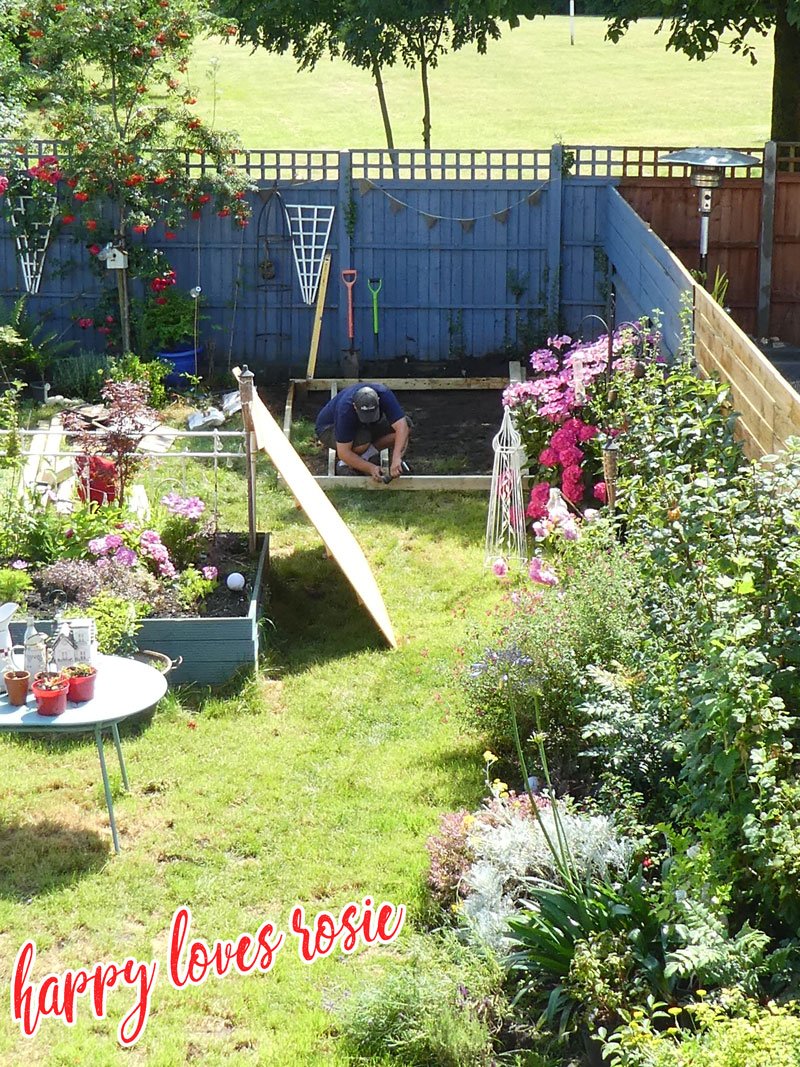 Here is my neighbour Rhys getting down to business, it was raining in the morning and we had to keep running inside to seek shelter, I really did think when the heavens opened that he would have to do it another day, but luckily the rain stopped and the sun came out and it was action stations! 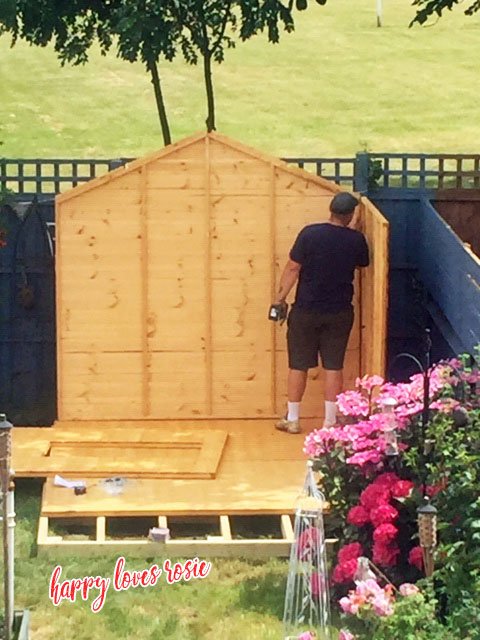 and in no time Rhys got on with the work. 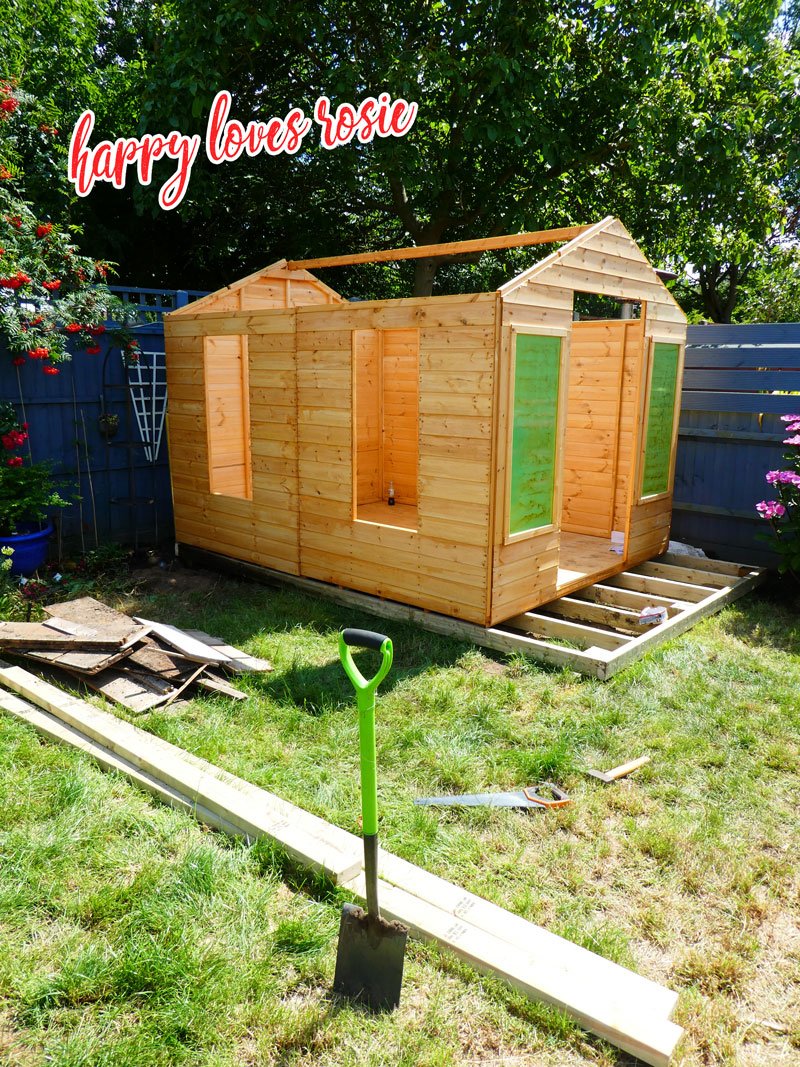 I was sioux chef…and stuck around as much as possible, holding panels and providing drinks etc. 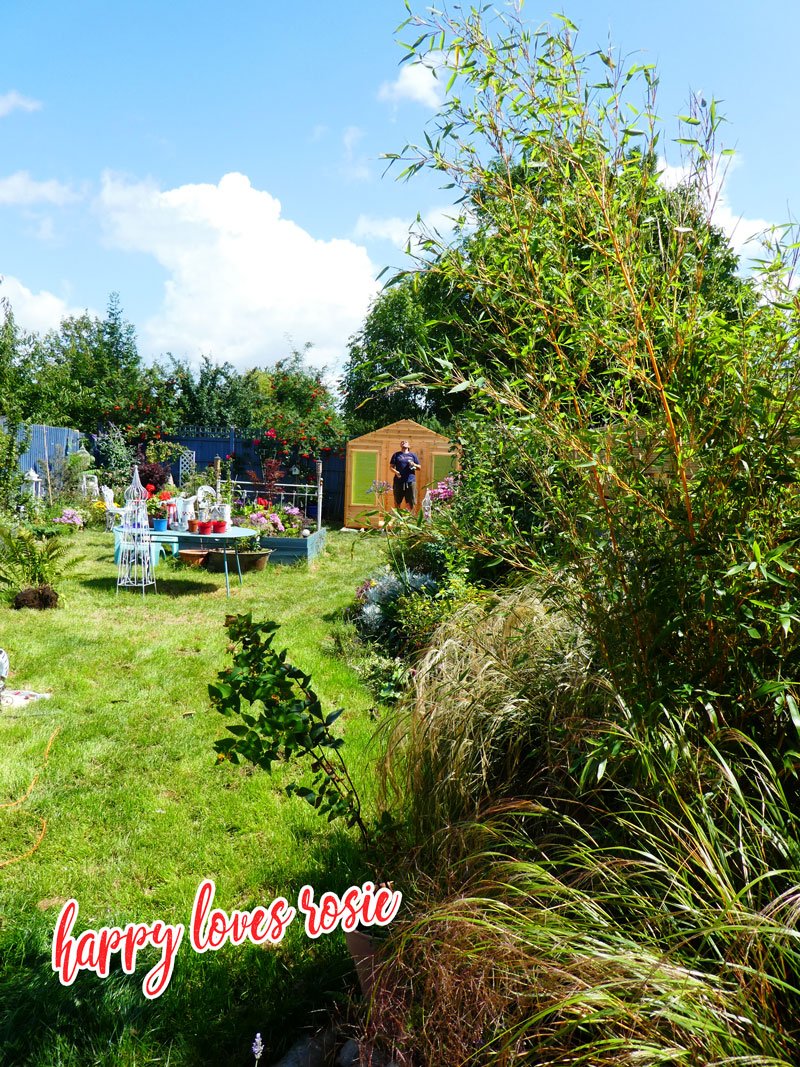 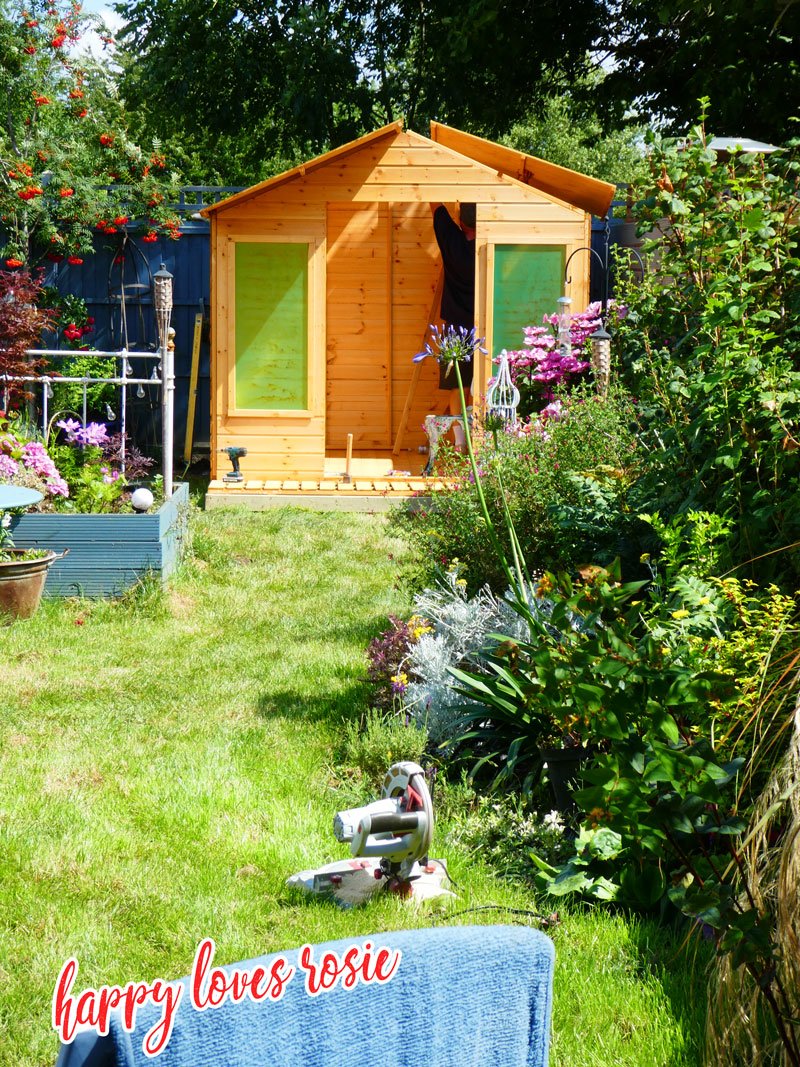 I never thought that I would see my She Shed up that day, but she was coming along wonderfully.
It looks very deceiving down the bottom there, there didn’t look like there was going to be enough space, but its amazing, how neatly it fitted! 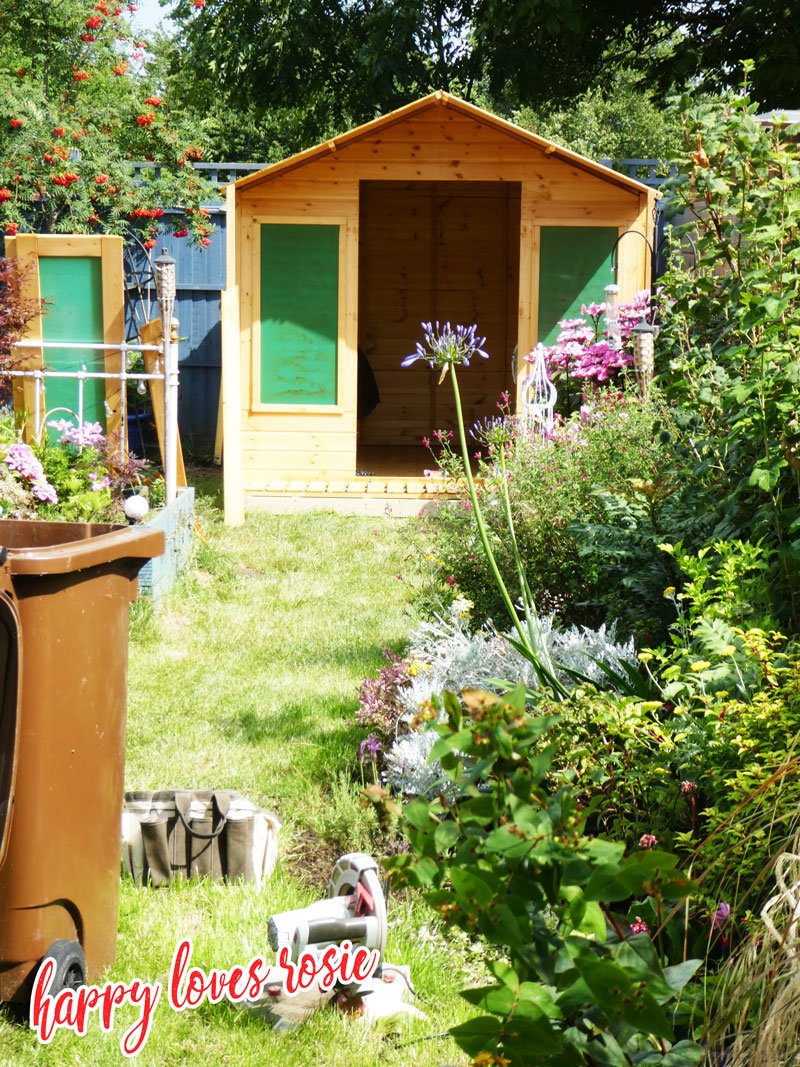 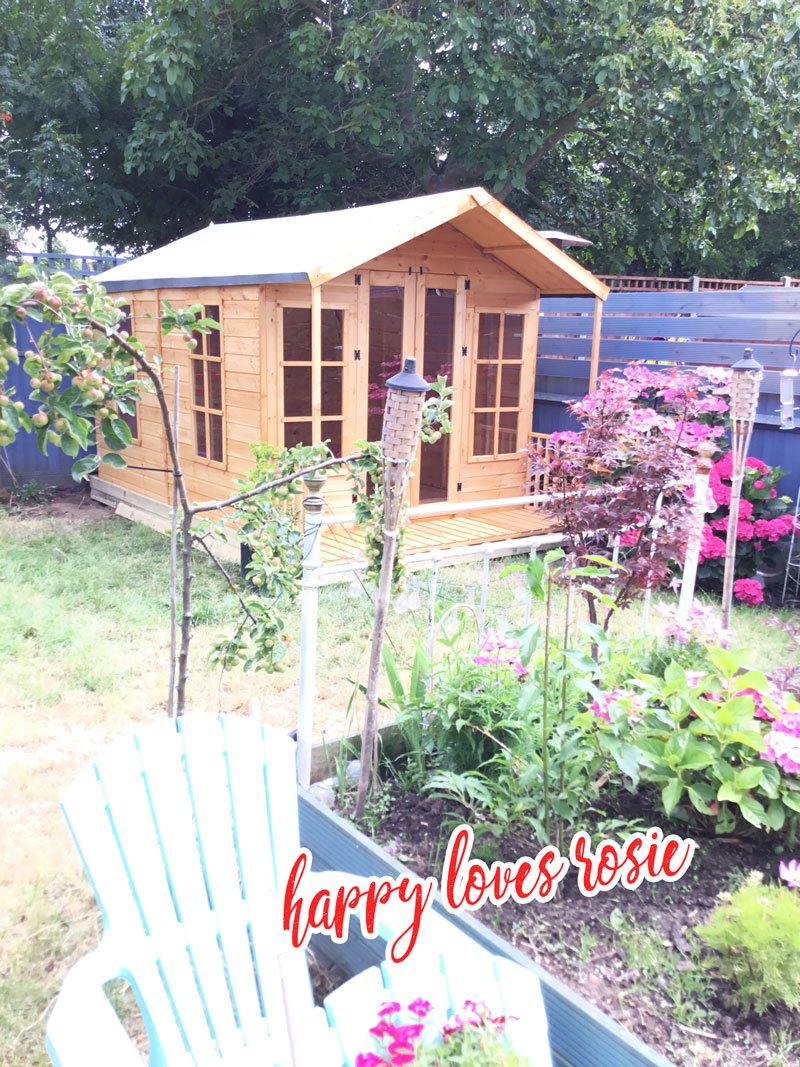 …and there we have it…all set up and ready for painting! I feel so chuffed!
It feels like another new chapter in my life! I wonder how I am going to decorate it!  The original idea, is that it was going to be a workshop shed, with storage for Fred’s Motorbike scooter, but we decided that it would be very awkward, if not totally impossible for Fred to get it out if he needed it! so that idea went all out of the window…I then started looking at more traditional prettier buildings, and chose this one!

I have been buying a few things on facebook Marketplace for it which includes a metal wire locker cabinet and a 1950’s kitchen larder unit! I also have another very messy shed in the garden that I am going to have to sort out, that has an old cupboard in it that I want to use…and also in my Mum’s shed she has a chair and some plain shutters that she said I can have…so watch this space! 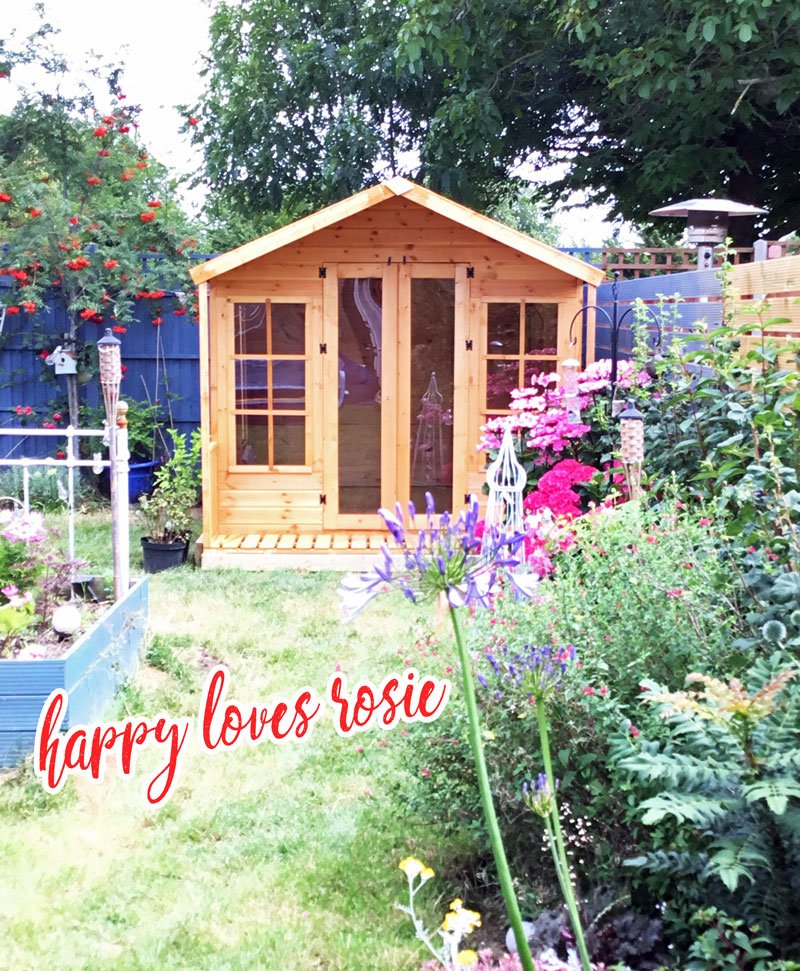 All I have got to do now is paint it!
What colour would you choose?
Do you have a Garden Building?
What colour is yours and what do you use it for?