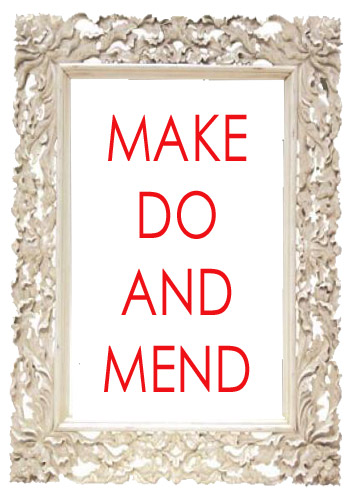 What with the credit crunch here in Blighty and indeed most of the world, I thought that I would have a ‘Make Do and Mend’ weekend and do something crafty. I was inspired by the War Posters of WW2, this saying was one of a collection to boost morale amongst citizens and encouraged people to recycle unwanted or worn out items… 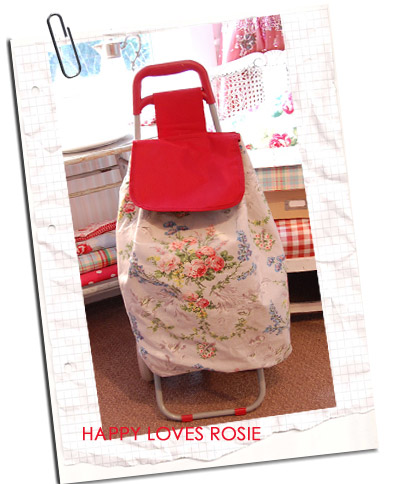 I so often go out to quaint little towns and wish that I were back at home, doing the things that I want to do, so rather than go anywhere last weekend, I stayed in! Its so rewarding, creating something that you have been wanting to do for ages….I bought this little trolley last summer at a boot fair for £3.00 its brand new, and it was made of red vinyl, it had been staring at me for a very long time…do you know the feeling! every time I passed it – it would say ‘ Remember me!’ you were supposed to cover me! So I decided to make a list of all the things that I wanted to MAKE, DO AND MEND! and it started with covering this trolley. 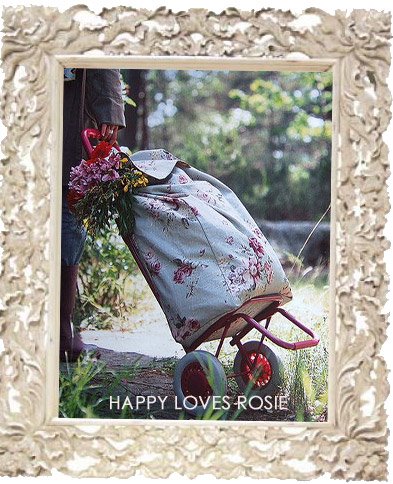 My wanting to do it was also inspired by this lovely picture (above)…cut out from a magazine…I think Country Living….and it looks to be covered with a Cabbages and Roses material which I love, but as I was spending no money I decided to cover mine with a vintage piece that I already had. 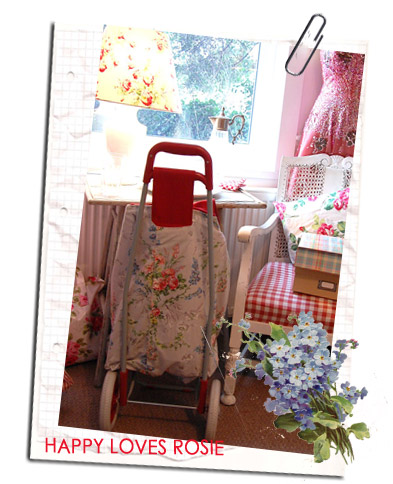 I was so chuffed with how it turned out and I will gladly pull this along with my shopping in tow, as now I live on a regular bus route (albeit the end of the line!) So I have decided to go green and take the bus more often….;0)

Keep watching for more MAKE, DO AND MEND crafts that I will be making shortly….bye for now.